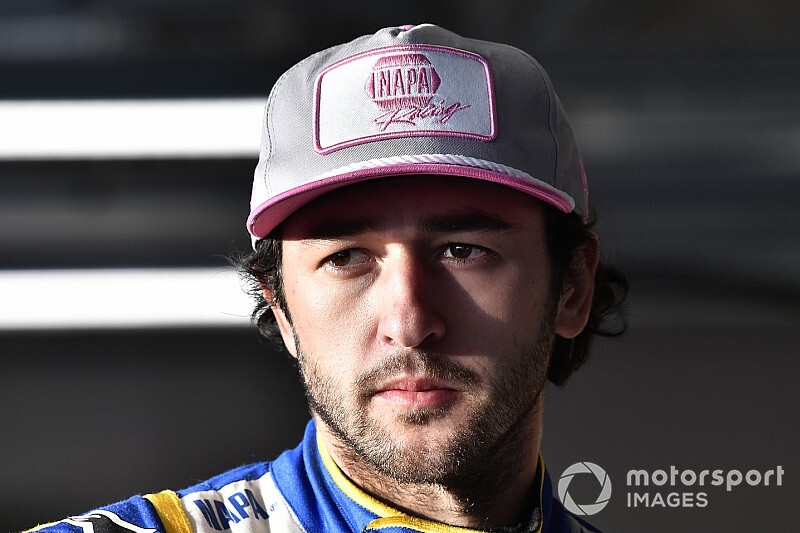 Chase Elliott clawed his way into the Round of 8 with an impressive charge in the closing laps at Kansas Speedway.

With the laps clicking away and Elliott running solidly in eighth place, it appeared his 2019 playoff run was over as he was still three points shy of Brad Keselowski.

But a caution on Lap 258 changed everything. Elliott took four fresh tires while some frontrunners opted for two and made his charge to the front. Despite managing to get inside the top-five, he was still in jeopardy of elimination.

"I was under that impression (that he had to win) and I was trying to make a run at Denny and we just never got momentum up enough for me to do anything about it. The restarts were helping his cause on tires. The good news was that the bottom lane rolled good enough on that last restart there to at least get back to second," Elliott told NBCSN.

Despite mixing it up for the race win, Keselowski still held onto the final spot until the final restart. A disastrous double overtime restart saw him drop through the pack and second suddenly became just enough for Elliott to squeeze into the next round. Keselowski missed out by just three points.

"Just appreciate the effort," added Elliott. "We were really struggling at one point there in the race and you have to stay fighting in these things, especially with these late-race restarts. Just proud of the effort today, excited we get to fight another race. With our back up against a wall, to come out here and battle for a win -- that's what you have to do when you're in the position we were in.

"If you ever get to Homestead, you're going to have to fight for a win down there. Proud of the effort."

Elliott has never made the Championship 4 and with teammates William Byron and Alex Bowman now eliminated, he is Hendrick Motorsports' final shot at the 2019 title.