Hamlin: Lapped Logano “very generous to me” but not Elliott

Logano was taken out of the recent race at Bristol by Elliott. Although they discussed the incident afterwards, Logano said he had to “force an apology” from Elliott, which clearly irked him.

Logano suffered damage in a pitroad incident in the opening stage at Homestead, which damaged his Penske Ford and put him off the leading pace. He had already hit Elliott from behind when he was a lap down at Turn 3, and when Elliott came up to lap him for a second time, Logano wouldn’t give up the lane he wanted to pass him.

That cost Elliott crucial momentum, and allowed Hamlin to get a run and overtake him for the lead. Hamlin, who Logano didn’t resist, went on to take the win, with Elliott finishing a close second.

After the race, when asked what he saw of what happened, Hamlin said: "I'm sure that Joey probably ran him pretty hard there. I think most people would, given the Bristol situation. You almost as a driver kind of got to expect it.

“You kind of have to ask Joey. The way I saw it, he was very generous to me. That's all I know. I appreciated that. I don't think he really ran Chase hard; he just didn't let Chase clear.

“If Chase could have cleared him... I don't think he really held him up, he just didn't give him the spot.” 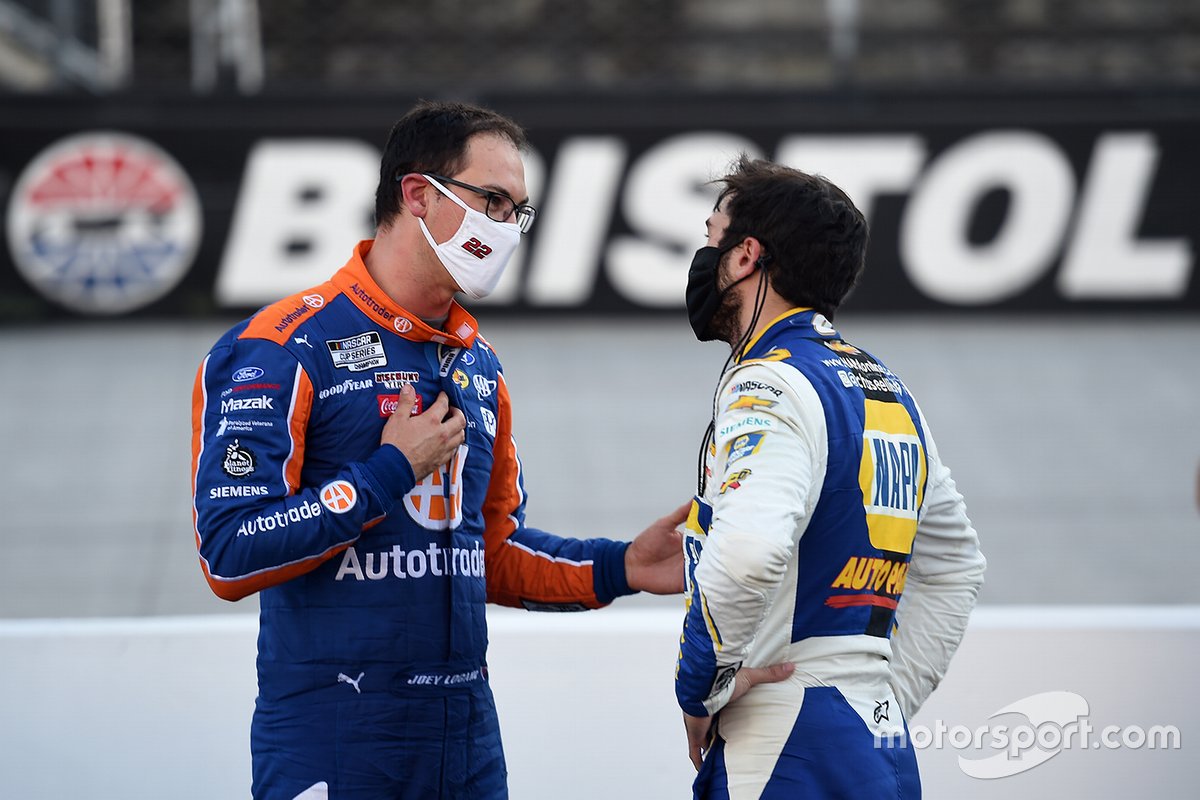 Hamlin dominates in Miami, as Logano trips up Elliott

While looking ahead to Sunday's crucial playoff race at Texas Motor Speedway, reigning NASCAR Cup champion Kyle Larson is also looking further ahead to the future of the 25-year-old race track.

Fresh off their first victory of the 2022 season last weekend at Bristol, Roush Fenway Keselowski Racing backed it up with a pole position at Texas Motor Speedway on Saturday.