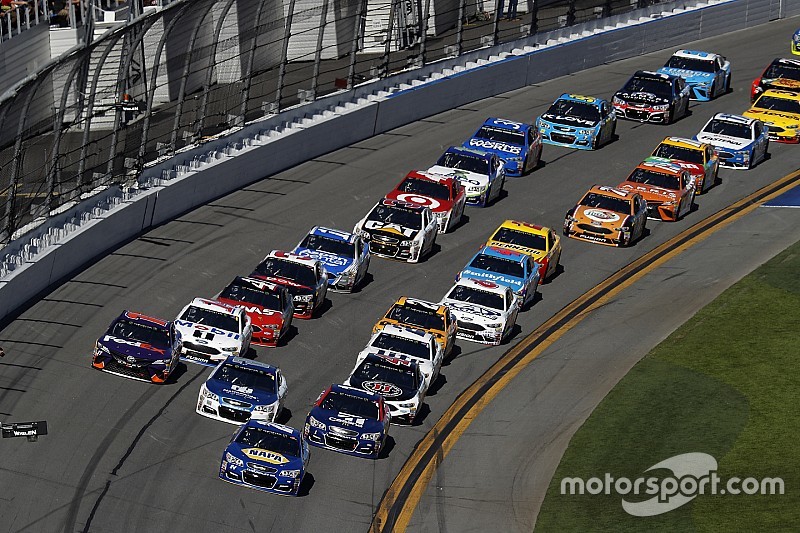 Chase Elliott’s disappointment from last Sunday’s Daytona 500 was in large part because of a missed opportunity being “that guy” in the race.

While in the lead, Elliott ran out of fuel with three of 200 laps remaining costing him the chance at his first Monster Energy NASCAR Cup Series race in the series’ biggest event.

“We had a great car for sure and the day went pretty well for us. Being able to lead some laps and kind of be able to push some lanes forward. I thought our car had the ability to kind of be ‘that guy’ and be able to push a lane and make something happen, which is what you always want,” Elliott said Friday at Atlanta Motor Speedway.

“We were fortunate enough to stay out of some of the wrecks. So, really, I think the biggest disappointment is (that) we were able to survive all the way to the end and that is a hard thing to do in itself.”

One of the cars to beat

Elliott won his 150-mile qualifying race at Daytona and won the pole for the second consecutive season.

He certainly had a car capable of winning and it showed during the race, even though he lost the help of Hendrick Motorsports teammates Dale Earnhardt Jr. and Jimmie Johnson – both to wrecks – during the event.

“You don’t see a whole lot of superspeedway races come down to fuel mileage. I think that was a big thing was it’s just so hard to survive that race and just to make it to the end,” said Elliott, who made his first public comments about last Sunday's race.

“We saw a lot of torn up cars and we were fortunate enough to get there and I think that is the biggest thing is we made it to the end – just not in the right manner.”

Elliott said his No. 24 team told he they would be “really close” on fuel at the finish, perhaps even a little short.

“Really, the situation we were in, leading the race, we didn’t talk about falling back to try to draft because we all know as soon as I do that, the caution comes out and then everybody makes it from there,” he said.

“So, I knew it was really close and I knew just from the lap that we pitted without them telling me, I knew it was a long way on gas for everybody. Obviously, once it sputtered I really knew that we were close.

“I was the first one to know for sure.”

Dealing with the disappointment

Elliott said he was obviously disappointed with the outcome but it’s not something he’s unaccustomed to, having finished second or third five times in his 2016 Cup rookie season.

“We were leading and it’s easy to say ‘It was ours to lose.’ In reality, there were still three laps to go and three laps at Daytona is a long time,” Elliott said. “So, I think for us to sit back and think that we had it locked down is kind of foolish.

“For us, it’s disappointing for sure, but there are some positives to take from the day and again, we were faced with circumstances that we really couldn’t control and I felt like we played what we had the best we could. Some days that is all you can do.”