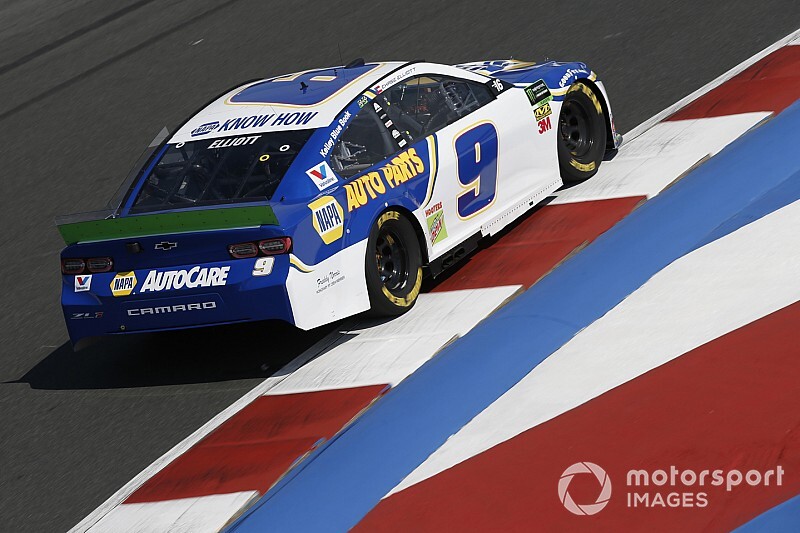 Chase Elliott, who won the most recent road course race in the NASCAR Cup Series, led the way in Saturday’s final practice at the Charlotte Roval.

In the final seconds of practice, Alex Bowman spun around in Turn 4 and slammed into the tire barrier, doing extensive damage to his No. 88 Chevrolet. Bowman had posted the 10th-fastest time in practice and was scheduled to start second in Sunday’s Bank of America 400.

Bowman’s damage means the No. 88 will move to a backup car and he will have to start the race from the rear of the field.

Truex, too, had serious issues.

About eight minutes into the session, Truex slowed approaching the backstretch chicane and blew the engine after missing a shift, going from second to first-gear. Fluid was dropped on the track as Truex’s No. 19 Toyota came to a stop on the track.

Truex will have to change engines which means he will have to start Sunday’s race from the rear of the field.

“We had a good car, we had a good qualifying effort (eighth). It’s going to be hard to start from the back and hate all the extra work from for my guys,” Truex said. “I apologize to them. I’m not sure how it happened.”

About 23 minutes into the session, Jimmie Johnson spun off Turn 5 to bring out a caution but it didn’t appear to suffer much damage and he was able to drive away.

Also in the final minute, Austin Dillon went around in the area of Turn 6 but was able to continue on without an issue.

Alex Bowman: "Pretty unacceptable" to miss next playoff round