Chase Elliott: "We’re a stronger team now than we’ve ever been" 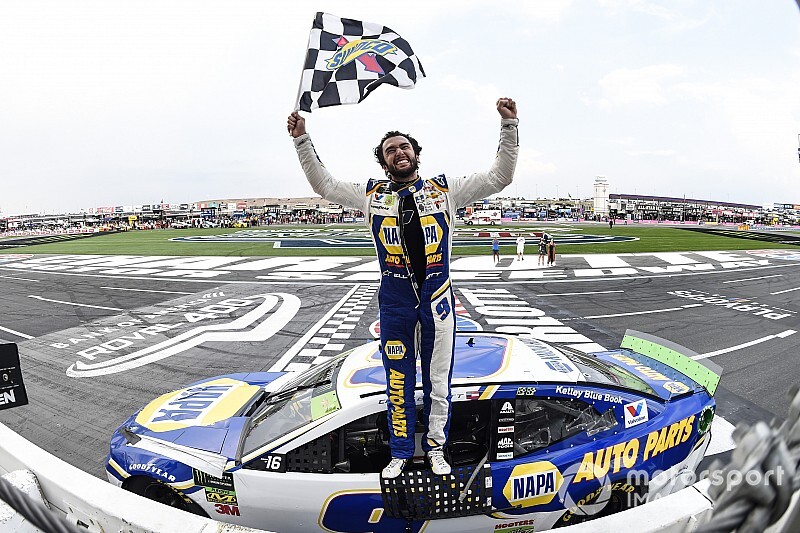 Chase Elliott won Sunday’s NASCAR Cup Series race but may have come away with something much more important.

Much like he did last season, Elliott and his No. 9 Hendrick Motorsports team are showcasing their best at the end of the year – perfect timing to challenge for his first series championship.

“I think we’re a stronger team now than we’ve ever been. I honestly feel like we’re really close to being able to assert ourselves amongst those top teams. I feel like we have that in us,” Elliott said after Sunday’s win at the Charlotte Roval.

“I don’t say that because we won, I say that because I believe it. I think that we definitely have work to do. You know, you can’t go and run as bad as we did last weekend and then come here and win. You’ve got to be able to have a little more consistency than that.

“So, we definitely have our work cut out for us and trying to get better. But I think we are the type of team and we have a good enough group of guys that we can run with those guys or really whoever, I think, whenever we’re at our best.”

Elliott earned his first Cup series win at Watkins Glen last summer then really came to life in the playoffs, winning two of the three races (Dover and Kansas) in the second round.

He came close to moving on to the Championship 4 but got caught up in a late-race accident at Phoenix and ended fifth in the series standings.

Elliott has already matched his three wins of last season, winning the spring race at Talladega and repeating his victory at Watkins Glen before Sunday’s win at the Roval.

But he knows he’ll need more to compete with the likes of Kyle Busch, Martin Truex Jr. and Denny Hamlin, who all have four or more wins and the bonus playoff points that come with them.

Sunday’s win – plus the Stage 2 victory – gave Elliott six more playoff points, which he knows will be important if he is to advance to the Homestead finale.

“You can’t put a price tag on them,” Elliott said of the playoff points. “Those guys that have five, six wins are pretty well cruising to Homestead.

“You know that, and that’s the goal when we get to Daytona in February is to try to get up enough wins where these rounds, if you have a bad race, that you can keep digging.”

Team owner Rick Hendrick said he “absolutely” believes Elliott and his team have what it takes to battle with the best for the 2019 title.

“The organization is getting better, all the cars have got speed, and Chase has got so much confidence. I’m just looking forward to Dover and Kansas. I think they’re going to be great races for us, and I think Chase can go all the way.

“There’s a lot of guys have built up a lot of bonus points in front of us, but I think we can win our way in.”

With "goal accomplished," William Byron looks for more at Dover