Chevrolet sees "more work to do" before 2019 NASCAR season 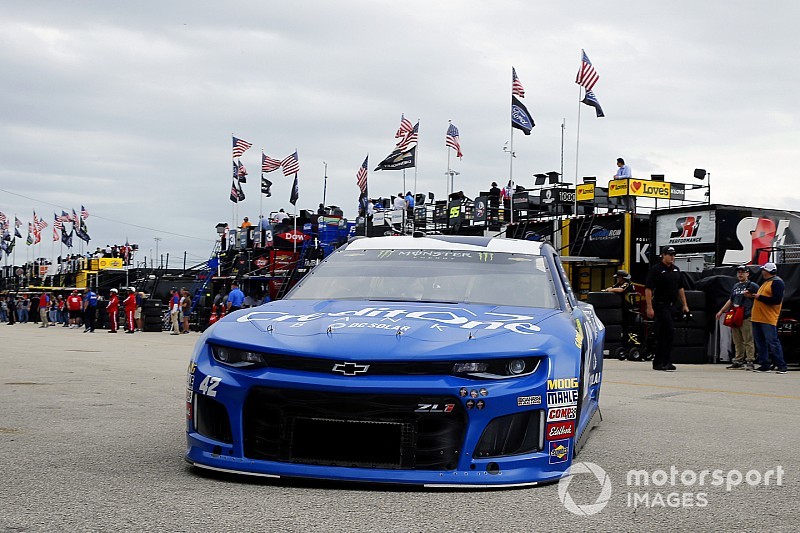 For the second consecutive season, Chevrolet had no drivers contending for the Monster Energy NASCAR Cup Series championship.

That’s a streak the manufacturer intends to end in 2019.

Chevy’s introduction of its Camaro ZL1 model into Cup series competition in 2018 got off to a good start with Austin Dillon’s victory in the season-opening Daytona 500.

But when the series moved to the more traditional downforce tracks, Chevy teams appeared a little behind their counterparts at Toyota and Ford.

There was an additional issue for Chevrolet which may have complicated its development process – the introduction of several new younger drivers.

“Obviously (we) don’t have anybody in the Championship 4 for the Cup, so that’s disappointing, but I would say that as I take a look at a year in which we introduced a new car, the Camaro ZL1, and we have begun this transition that we all go through at different points,” said Jim Campbell, the Chevrolet U.S. vice president of performance vehicles and motorsports.

“Many veteran drivers have started to retire and we’re bringing in a young crew of drivers. We had our young group that got a year of experience. You see Chase Elliott really accelerated his season through the back half with three wins in the last 14 races, and then (Kyle) Larson was very consistent all year long, didn't make the final four, but proud of those guys.”

Chevrolet totaled four wins on the season, three by Elliott and they were the first three of his Cup series career.

Elliott ended up as the top Chevy driver in the series standings at sixth. The only other Chevy driver crack the Top 10 was Larson (ninth).

Seven-time Cup champion Jimmie Johnson went winless for the first time in his career as did his two first-year teammates at Hendrick Motorsports, Alex Bowman and William Byron. Byron did, however, win rookie of the year honors.

“Overall, the trajectory of the season, not exactly what we wanted, but definitely heading in a better direction than in the front half of the season,” Campbell said. “When you bring a new car in and you have change over in drivers, those are big moments for manufacturers.

“More work to do. But I’m really excited about what that means for us for next year.”

Joey Logano returned to his roots and emerged a NASCAR champion