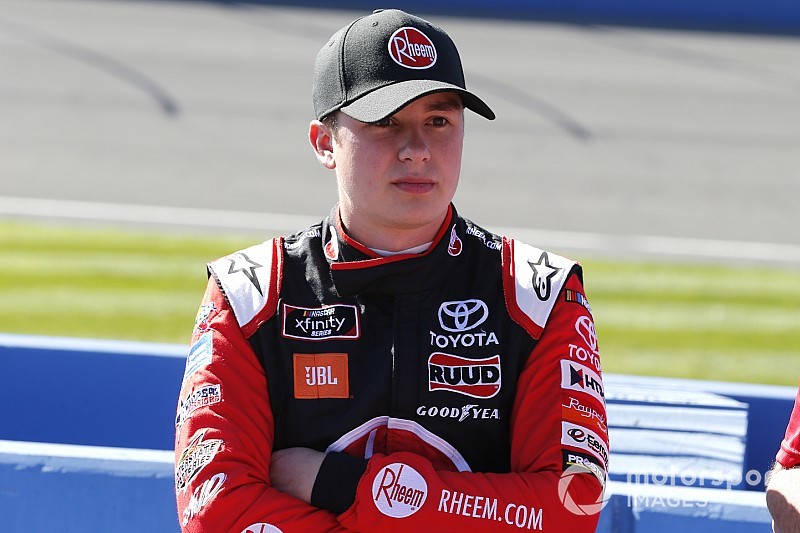 Christopher Bell says he doesn’t know what he’s doing next season but admits he doesn’t see “a hole” at Joe Gibbs Racing right now to advance to the NASCAR Cup Series.

Bell, 24, is in his second fulltime season driving in the Xfinity Series with JGR. Six races into the 2019 season, he has a win and is second in the series standings.

Bell is also one of four drivers – Michael Annett, Chase Briscoe and Tyler Reddick are the others – that can win the $100,000 Dash4Cash bonus in Saturday’s Xfinity race at Bristol (Tenn.) Motor Speedway if he finishes better than the other three.

Speculation about Bell’s move to the Cup series has run rampant before he even completed his first season in Xfinity. Also, in an interview last year, Bell said he didn’t want to “waste another year” in the Xfinity Series.

“Obviously I want to go to Cup,” Bell said. “I never meant that phrase (last year) of I don’t want to be in Xfinity because I love the Xfinity Series,” he said Friday. “I love the Xfinity cars. I feel like they race really well. Ultimately, I get to drive race cars for a living, so that’s really cool.”

With all four of JGR’s Cup drivers – Denny Hamlin, Kyle Busch, Erik Jones and Martin Truex Jr. – off to strong starts this season, there appears to be little chance of Bell moving up there.

JGR does have a technical alliance with Leavine Family Racing, which fields the No. 95 Toyota for driver Matt DiBenedetto. The team has talked about the potential for expansion at some point.

“If you look at the Gibbs camp right now, I can’t really picture anyone being my hole because all four of their Camrys are running exceptional right now,” Bell said. “If you watch any of the races, all four of them are right in the top five.

Hamlin on Friday dismissed talk he was on the “hot seat” at JGR.

“Who says I’m on a hot seat? What do they know that I don’t? That’s what I don’t understand,” he said. “You all don’t know my relationship with my sponsor, the team or anything. It’s just someone looking to say something. That’s about it.”