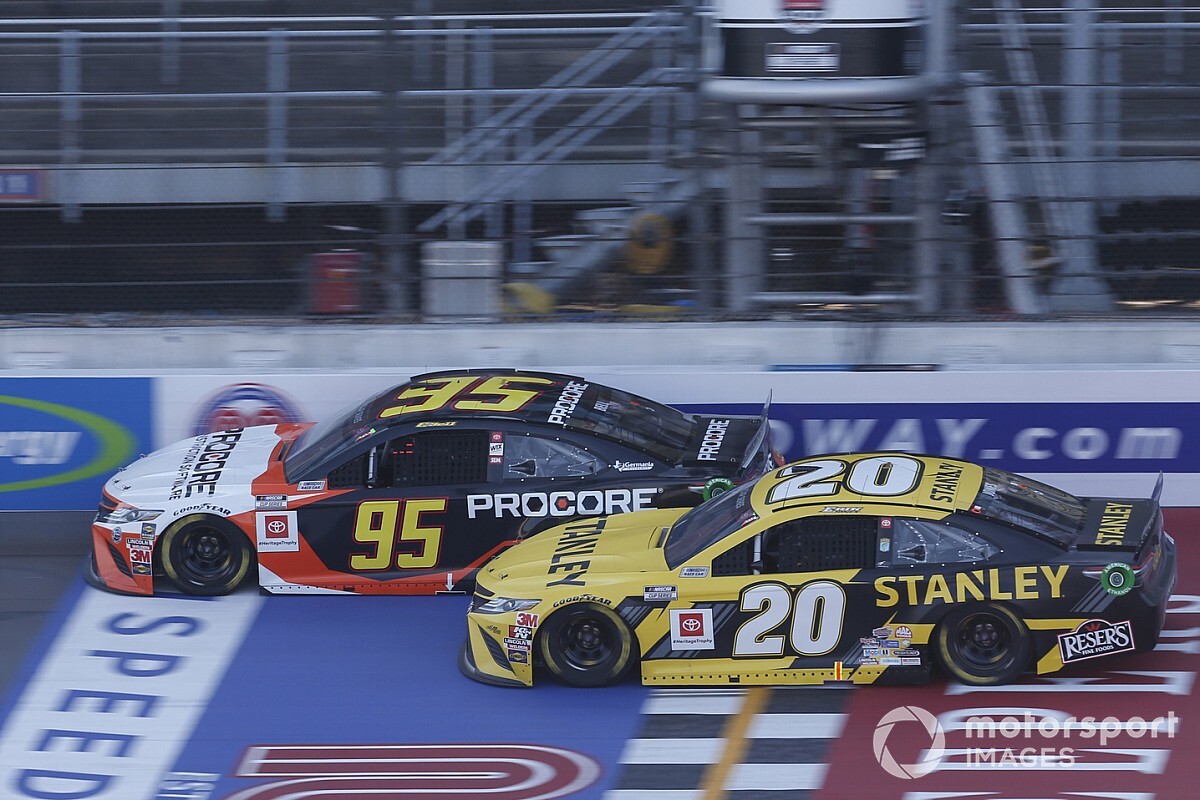 Bell, who drove for JGR in the NASCAR Xfinity Series (winning 16 races), has spent his rookie Cup Series campaign with the Gibbs-affiliated Leavine Family Racing.

However, LFR is being sold and will cease operations at season's end. JGR announced last week that Erik Jones, who has spent his entire Cup career with a Gibbs or Gibbs-affiliated team, will be out of a ride after 2020.

That opened the door for Bell to return to the organization. The 25-year old has one top-five and five top-tens in 22 NCS starts this season, placing as high as fourth at Pocono.

"I'm so appreciative of the opportunity I have this year with LFR and I want to finish this season strong for Bob (Leavine) and everyone there," said Bell in a release Monday. "At the same time, I'm extremely excited to return to Joe Gibbs Racing starting in 2021. It's an organization I'm very comfortable with and have had a lot of success with."

"We are excited to bring Christopher into our Cup Series program starting in 2021," said Joe Gibbs, owner of JGR. "He obviously had tremendous success in the Xfinity Series with us and we look forward to his return to JGR."

Jones has yet to secure a ride for the 2021 season.