"Proud" of his Daytona 500 debut, Austin Cindric waits for more

Austin Cindric’s focus remains on his fulltime ride in the NASCAR Xfinity Series but his first taste of action in the Cup Series has whet his appetite for more.

Cindric, the reigning Xfinity Series champion, opened the 2021 season by winning the series opener at Daytona International Speedway – an impressive opening act for a driver coming off a year in which he won a career-best six races.

Cindric, however, was also pulling double duty at Daytona for the first time.

The 22-year-old son of Team Penske President Tim Cindric already knows he will move fulltime to the Cup Series in 2022 driving for the Wood Brothers but also has a handful of Cup races planned this year in preparation.

The Daytona 500 was his first start and he squeezed into the field as a non-charter team thanks to a solid qualifying effort. He then stayed in the mix for the win in the race, getting caught up in the last-lap wreck that collected his Penske teammates Brad Keselowski and Joey Logano.

At times during the race, he was being lauded by the Fox Sports announcers as having perhaps the strongest Team Penske performance. 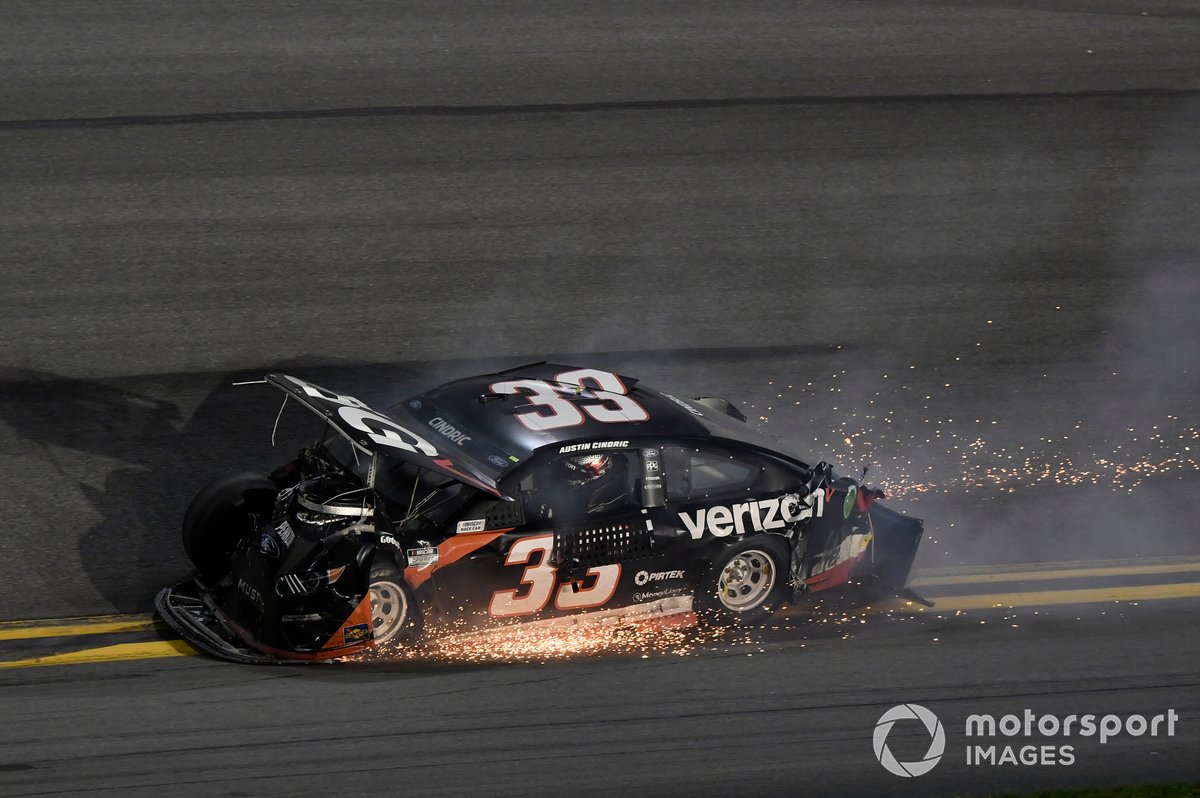 “There is a lot to be satisfied about. We made the race by the skin of our teeth and it is the first time I have done double-duty at that level. For me, managing my priorities was very challenging,” Cindric said.

“A lot of late nights and I definitely sacrificed some sleep for prep work and making sure I was prepared for the days ahead. I am glad that I did that. I think it paid dividends in the Duels and the Xfinity race and the 500.”

Cindric even managed to lead two laps in the 500 at one point.

“Running up front in the Daytona 500, it is a bummer because you don’t get to do that every day. The Daytona 500 only happens once a year and there are a lot of guys and capable drivers,” he said.

“To find yourself running in the top-five for the majority of the event – we raced our way up there a lot of the time. I am proud of that effort.”

Mark Rushbrook, Global Director of Ford Motorsports, was among those who took notice of Cindric’s impressive week at Daytona.

“I think he has shown all of us what he is capable of last year in the Xfinity Series with the wins he had and getting the championship and just the confidence. He knows that he can win on any track,” Rushbrook said of Cindric.

“He has the team and car behind him and the confidence to go and do that and to bring the team along with him and raise everybody to a higher level. Honestly, we are excited to see him in several Cup races this year and into next year.

“But to see what he was already able to do in his first Cup race in the biggest race of the year is a great testament to who he is and his ability to step up to the level of everybody that he is racing against. He did a great job on Sunday.”

Defending NXS title while branching out into the Cup Series

Cindric returns to a Xfinity Series-only schedule this weekend at the Daytona Road Course and it provides a good opportunity to start the year 2-0.

In the meantime, he will wait patiently for his next Cup Series start.

Because Cindric is running a part-time team and there only seven more races with qualifying on the schedule, Team Penske will have to wait until it’s closer to races they would like to attempt to see if they can make field.

“I have checked the box on the speedways. I don’t see us running another one this year,” he said. “That was a great experience for me. I am looking forward to getting a taste on the 1.5 mile and short tracks and the road courses to see where I can improve there and how I stack up in those races and how I can contribute to our effort in that series this year.

“I am very excited. It has given me a lot to think about but at the same time my priority is still in the Xfinity Series and I am ready to go to the road course this weekend and improve on what we did there last year and continue to try to get good results.”