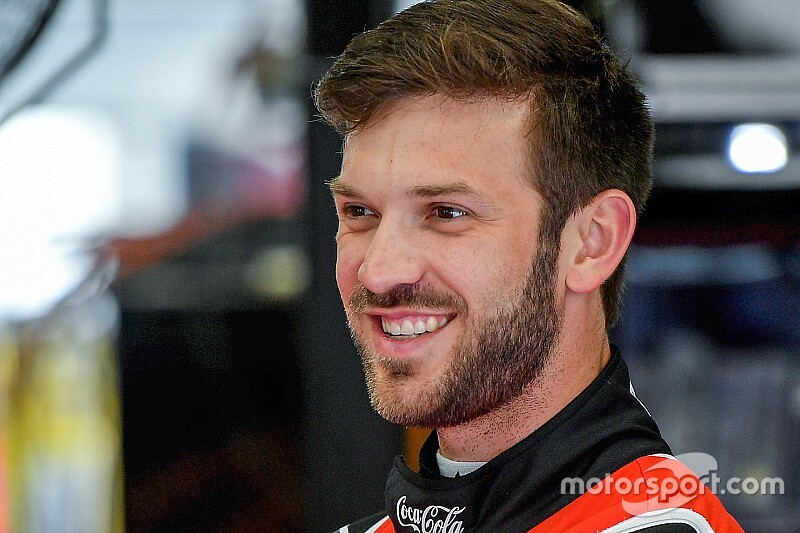 As expected, Gaunt Brothers Racing announced Daniel Suarez will drive fulltime for the organization in the NASCAR Cup Series in 2020.

Suarez’s move was reported earlier this month by Motorsport.com.

Suarez, 28, will drive the No. 96 Toyota, reuniting him with the manufacturer with which he enjoyed much of his early success in NASCAR competition.

“My NASCAR career started off really well and Toyota was a very big part of that. To have them in my corner again gives me a lot of confidence,” said Suarez, the 2016 Xfinity Series champion, in a press release issued Tuesday evening.

“Gaunt Brothers Racing has something to prove and so do I. We’re committed to each other and we’re going to build each other up.”

Coca-Cola and CommScope will continue their respective partnerships with Suárez at Gaunt Brothers Racing. The iconic Coca-Cola brand has been with Suárez since 2015 when he won the Xfinity Series rookie-of-the-year title.

CommScope, a leader in communication network technology, has been with Suárez through its Arris and Ruckus Networks brands since 2014 when he first competed in the Xfinity Series.

The 2020 season will be Suarez’s fourth in the Cup series but the first for Gaunt Brothers running a fulltime team. In recent seasons, the team owned by Canadian Marty Gaunt has fielded a part-time entry utilizing drivers such as Parker Kligerman and D.J. Kennington.

“We’ve been working toward this moment since Gaunt Brothers Racing joined the Cup Series in 2017,” said Gaunt. “We’ve made steady improvement every year, but bringing Daniel on board allows us to take a giant leap forward.

“We’re investing in each other. He’s not content to just be here and neither are we. We’ve been very strategic in everything we’ve done, and between our partnership with Toyota and the resources now available to us, we can take that next step and deliver for Daniel and all of our partners.”

While eligible for the non-points Busch Clash on Feb. 9, Suárez and Gaunt Brothers Racing have opted not to compete in the exhibition race to instead focus attention on their preparation for the Daytona 500.

Atop the pit box

Dave Winston will serve as Suárez’s crew chief. The NASCAR veteran comes to Gaunt Brothers Racing from Richard Childress Racing where he was vehicle performance group engineer and also the race engineer for driver Daniel Hemric.

While he displayed flashes of competitiveness, Suarez failed to make the Cup playoffs in 2019 and ended the season 17th in the series standings with four top-five and 11 top-10 finishes and won one pole.

In 108 career Cup starts, Suarez has a career-best finish of second, which came in the July race at Pocono in 2018.

The native of Monterrey, Mexico, became the first Mexican-born driver to win a NASCAR national series race in 2016 with his Xfinity Series win at Michigan International Speedway.

He made all but one of his 84 Xfinity starts – including his three series wins – and his first 72 Cup starts with Joe Gibbs Racing. He drove last season in the Cup Series for Stewart-Haas Racing.

Live: Follow the Austrian Grand Prix as it happens

Live: Follow the Austrian Grand Prix as it happens