Corey LaJoie impresses in Coke 600: “It was a hell of a day”

While Martin Truex Jr. celebrated winning the Coca-Cola 600 at Charlotte Motor Speedway, Corey LaJoie had plenty to be happy about. 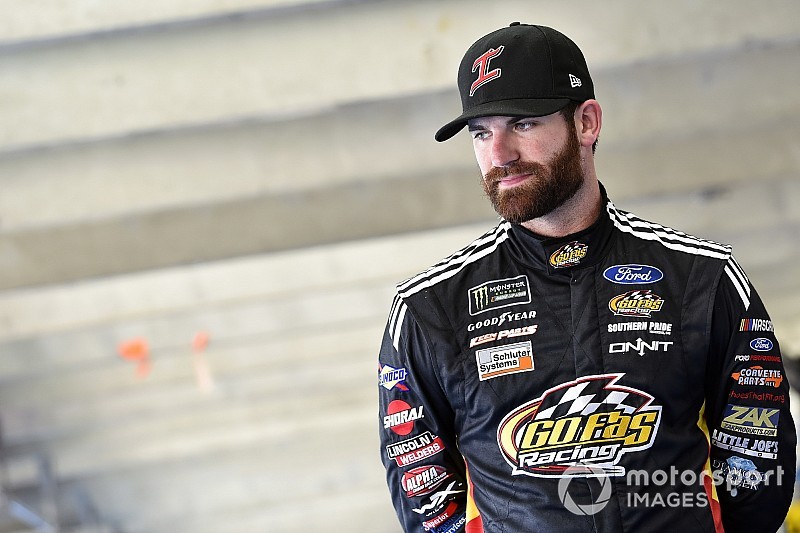 LaJoie picked up his second top-12 finish in the past four races for Go Fas Racing, surviving a wild restart in the final five laps of the race on Sunday night.

Although it wasn’t a win, LaJoie was all smiles afterwards.

“We blocked and tackled,” said LaJoie. “We’re not going to throw hail marys but we kept working on it. A lot of guys had bad days and we capitalized on it and finished 12th - it was a hell of a day.”

LaJoie finished 11th at Talladega Superspeedway last month for his best finish of the season with his new team, but this showing at his home track meant a lot to the young racer.

“We still had 25th-place speed but we had a little better speed at times and we put ourselves in the right position,” he said. “There was the last restart and you just get up on the wheel and make things happen.

“A 12th-place finish is like three wins for us. We finish 22nd, we’re slapping hands. Twelve is an anomaly for us and 12th is the best I’ve ever ran on a mile-and-a-half track by far.

“Shows what kind of cars Go Fas puts on the track and they believe in me as a driver.”

LaJoie knows this probably won’t happen every week, but believes his small team is getting noticed in the garage.

“We’re making a lot of guys on the other end of the garage pretty pissed when the No. 32 car drives around them,” he said. “Momentum only lasts until Thursday. We’ll just try and check the boxes every week.

“Today we did our job and got some good fortune and finished 12th and it was a good day.”

After 'rough start,' Joey Logano gets a shot at Coke 600 win

Go Fas Racing to scale back NASCAR operation in 2021