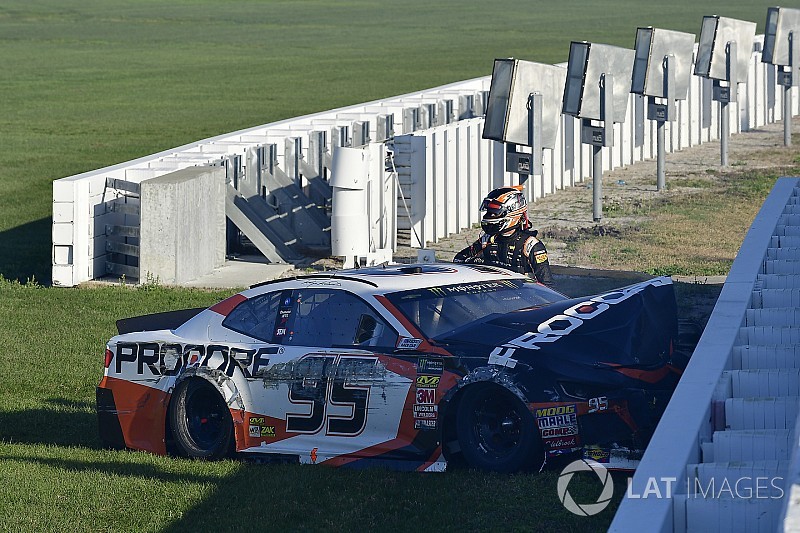 Kasey Kahne’s new crew chief, Jon Leonard, is ready to “compete with the big boys” and it starts this weekend.

In his first season with Leavine Family Racing, Khane has yet to earn a top-10 finish and enters this weekend’s Monster Energy NASCAR Cup Series race at Sonoma (Calif.) Raceway 28th in the series standings.

During the past off week, LFR announced Leonard, the team engineer, was named interim crew chief replacing Travis Mack. Mack had formerly served as car chief for the No. 88 team at Hendrick Motorsports.

Leonard served as a crew chief for five races at the end of last season for driver Michael McDowell.

“As for transitioning into the crew chief role, I’m excited and thankful for the opportunity. I’ve had a little experience at it before, so I can appreciate and understand what is expected and needed,” Leonard said.

“A lot of my role will stay the same – set-up preparation, history analysis, and practice decisions from an engineering standpoint. At the end of the day, all the decisions are going to be connected to my name.

“It’s not always going to be easy, and I’m sure it won’t always be right, but being able to own your mistakes, and grow from them is what is important. Being able to be a leader and bring this group together (including Kasey) will bring us success.”

Kahne has a solid track record at Sonoma. In 14 starts, Kahne has won one race, won two poles and as two top-five and six top-10 finishes. He’s finished ninth or higher in four of his last five starts.

“Sonoma is a really fun track, but it can also be a tough track. Making your tires last, as well as turning in Turn 4, Turn 7, and Turn 10 are some pretty key things to focus on there,” Kahne said.

“Getting off of Turn 11 is also really important, but having forward drive and keeping your tires on the car throughout the race are some of the important things we focus on at Sonoma.”

Leonard believes Kahne and LFR’s No. 95 team can turn the corner on this season beginning this weekend.

“I’m really looking forward to what this No. 95 team can achieve for the rest of the season,” he said. “We have a good bunch of guys who want to compete with the big boys – and that’s what we’re here to do starting this weekend.”