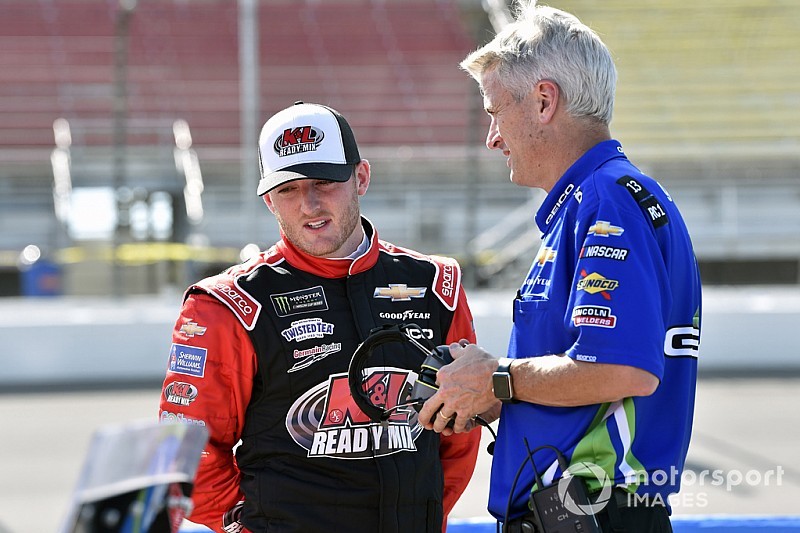 Cup Series crew chief Matt Borland has been indefinitely suspended by NASCAR for a violation of its Substance Abuse Policy.

Borland has most recently served as crew chief for driver Ty Dillon at Germain Racing. In his 15-year career as a Cup series crew chief, he has 13 wins and 39 poles – all with driver Ryan Newman.

In a statement released early Monday morning, Borland said he was informed over the weekend he tested positive in a recent NASCAR drug test for DMAA, which is a stimulant found in many weight loss and sports supplements and on NASCAR’s list of banned substances.

“After the surprise of this and not even knowing what that was, I asked if it could have come from a diet coffee I have been drinking for the past six months. I gave the doctor all of the details of the coffee and ingredients, and after he researched it, he said he thought that this was the cause,” Borland said.

“Even after doing my due-diligence, I felt comfortable in drinking the coffee. I plan to work with NASCAR to figure out what exactly has happened and resolve this issue as quickly as we can. I will cooperate with them and do whatever is requested of me to make this situation right.

“I have worked in the NASCAR garage for 20 years now, and have never been a part of anything like this in my life. I take full responsibility for this incident and want to get it taken care of completely.”

Bob Germain Jr., owner of Germain Racing, issued the following statement: “Matt Borland has informed me that he was notified by NASCAR that a random urinalysis showed a substance, DMAA (2-amino-5-methylhexanamine) that is impermissible under the NASCAR Substance Abuse Policy. We reviewed the ingredients label on a coffee product that Matt had been drinking and it includes DMHA (2-amino-5-methylheptane), a derivative of DMAA.

“Based upon the ingredients label we do not believe that Matt had reason to know that the coffee contained a banned substance. However, we also understand and respect NASCAR’s decisions to strictly uphold their policies for each and every owner, driver and crew member in the garage.

“As an organization, we stand behind Matt. He has been and remains an integral part of our race team and we look forward to his return to the garage and pit box.”