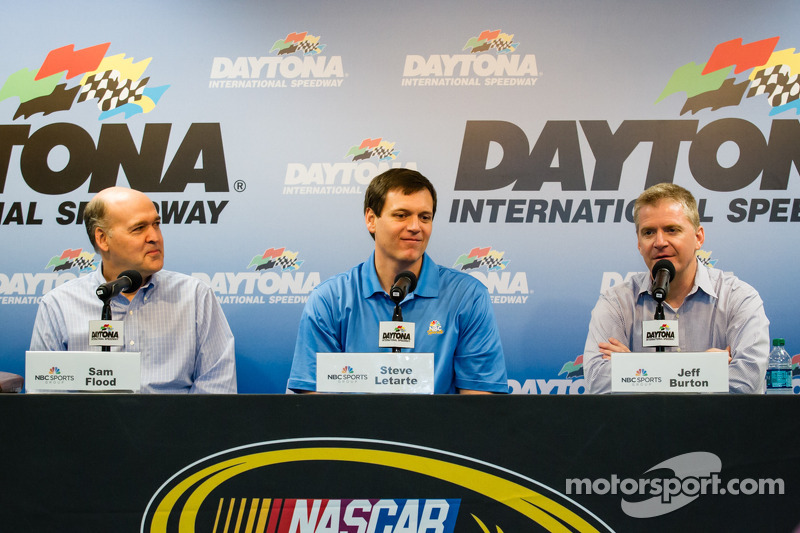 Dale Earnhardt Jr.'s crew chief for the past three years, Steve Letarte, will be leaving the team to join the NBC broadcast booth in 2015.

Letarte will be part of a three-man broadcast booth on NBC's coverage of the Sprint Cup Series, with driver Jeff Burton and play-by-play announcer Rick Allen.

"Their excitement, along with my love for racing, solidified my decision to move away from the pit box and into the broadcast booth," Letarte said in NBC's statement. "I want to thank Rick Hendrick and everyone at Hendrick Motorsports for the opportunities they have given me over the last 18 years, and I want to reaffirm my commitment to Dale Jr. and the entire 88 team to go win races and challenge for the championship in 2014."

Team owner Rick Hendrick said his team will continue on in 2014 as planned before starting a search for a replacement for Letarte at the end of the season.

"You never want to see a talented and all-around quality person like Steve (Letarte) move on, but we understand this is an exciting opportunity for him and his family. He has all the tools to be a terrific broadcaster, and I know our fans will enjoy hearing his perspective.

"We're looking forward to a successful year in 2014 with Steve and Dale (Earnhardt Jr.) leading the No. 88 together. They have some of the best chemistry in the garage, and we know they'll build on last season and continue to be a championship-contending team."