Earnhardt Jr: Truex was “too nice” in wild Martinsville finish 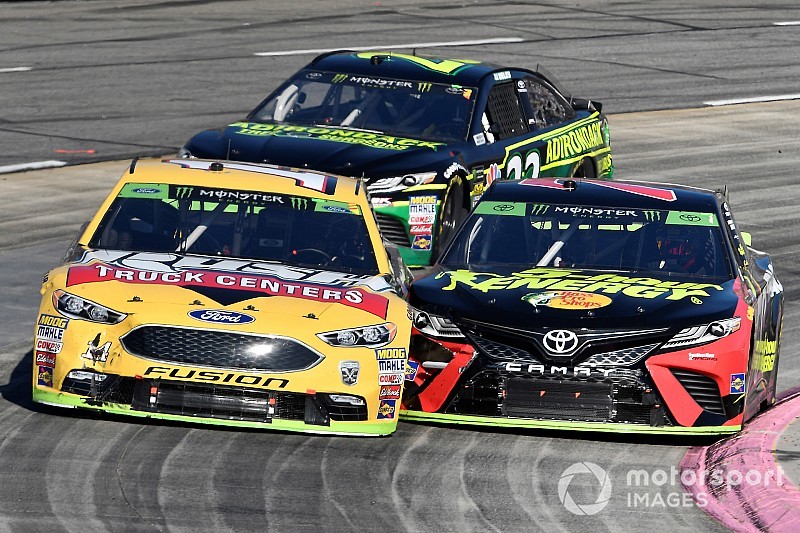 Truex took the lead cleanly from play-off rival Joey Logano in the closing stages of Sunday’s crucial Martinsville Speedway race, and led until Turn 3 of the final lap, where Logano pushed him wide and dived past to take a controversial victory. With that, Logano snatched away the automatic place to contend for the title in the Homestead-Miami finale next month.

Truex fishtailed across the finish line in third, and furiously declared that Logano “won the battle but he ain’t winning the damn war” – meaning the Cup championship.

“I think Truex expected Logano to race him a little cleaner, because of how Truex raced Logano in the final laps,” said Earnhardt in NBC’s post-race analysis. “At the end of the day, it’s for a trip to the championship, it’s a trip to Homestead. It is the last lap and it’s for a clock [the unique trophy earned at Martinsville].

“I’ve told Martin forever that he’s too nice, but I would be upset too. Joey is now hoping that Martin never gets that chance to get him back at Homestead. Joey’s hope is that he runs in the front at Homestead and Truex struggles.”

Dale Jr. also said it was another reason to include more short tracks on the Cup schedule in general, as Martinsville provided a thrilling finale.

“Like everyone always says, we need more short tracks – then we’ll see more of this,” added Earnhardt. “This was a good race with a great finish. A lot of fans might be upset by what went down, but this is the box that these drivers race in.

“Logano does not have a Cup Series championship, and he’s trying to get to Homestead. Joey is going to do whatever he can.

“He didn’t wreck Martin; he didn’t put him in the fence. What matters is a championship.”