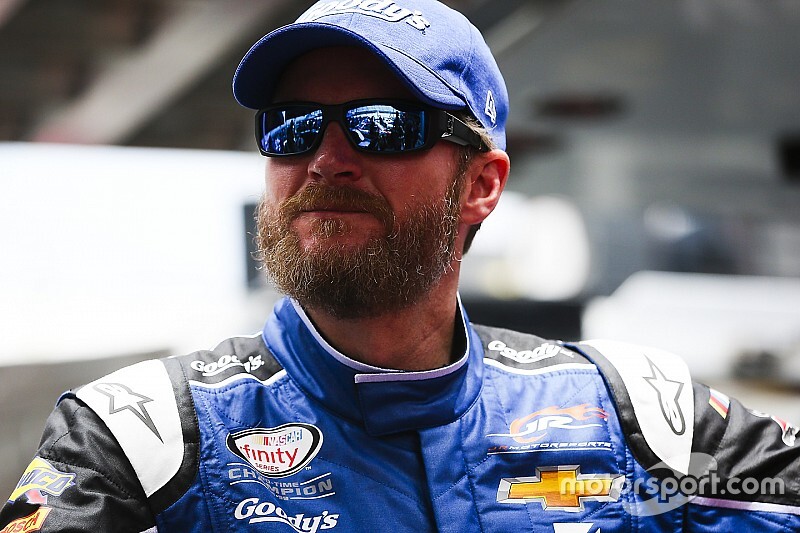 His sim racing has expanded this year, but Dale Earnhardt Jr. said he isn’t sure how long his limited real-world racing career will last beyond this year.

Earnhardt, who retired from fulltime NASCAR competition following the 2017 season, took part in his first virtual IndyCar Series race on Saturday, finishing third in an event at the virtual Michigan International Speedway, part of the IndyCar iRacing Challenge.

Earnhardt has also been participating in the eNASCAR Pro Invitational Series as both NASCAR IndyCar schedules remain on hiatus due to the COVID-19 pandemic.

Following his third-place finish Saturday, Earnhardt was asked if his new participation in a virtual IndyCar event fostered a desire to compete in a real one.

“No, I probably wouldn’t. For the most part my driving days are over,” Earnhardt, 45, said. “I have a few events left in me. I don’t know how many of those Xfinity races I’ll be running beyond this year.”

Since leaving fulltime competition, Earnhardt has continued to run at least one Xfinity Series race a year with his JR Motorsports organization in addition to his role as a commentator for NBC Sports’ NASCAR coverage.

What's ahead on the actual track for Dale?

In 2018, he competed at Richmond, Va., and finished fourth. Last season, he ran at Darlington, S.C., and finished fifth. He was scheduled to compete this year at Homestead-Miami Speedway but that race has since been postponed due to the pandemic.

Even adding additional sim racing events is getting difficult, Earnhardt said. He and his wife, Amy, are expecting their second child this year.

“I believe I'm pushing my luck to add more racing to my schedule,” he said. “As much as I would love to sit on the sim rig every single day, compete and Twitch stream and do all those things, I need to be a dad and help her at this particular time especially.”

As a longtime avid sim racer, Earnhardt still got immense pleasure from competing with many of IndyCar’s biggest stars in a virtual race.

“For me, I mean, I guess it’s okay (not to drive in a real event) to be honest. This is a dream come true, to have all the real world guys on the computer,” he said. “That’s where I’ve been for two decades.

“This is awesome to have all these guys, whether they all 100-percent really loved and wanted to be there, it’s awesome that they’re all competing and we’re having these races broadcast on network television in front of so many people.

“The reaction generally from the population and public is, ‘Man, I’d love to have the real thing,’ but this is pretty good. I’ll watch this until we get the real thing back.”

Earnhardt also believes the virtual racing IndyCar and NASCAR have provided to fans has been an entertaining distraction with no live sports currently in operation.

“Just for a moment you get to forget about everything that’s going on out there,” he said. “Hopefully, that's the same feeling that a lot of people get when they tune in and watch or races on NBCSN.

“For a minute things feel good. When it’s over you snap back into reality and have to start trying to stay healthy and keep up the regimen that you have to say healthy, wait for this thing to play itself out.”