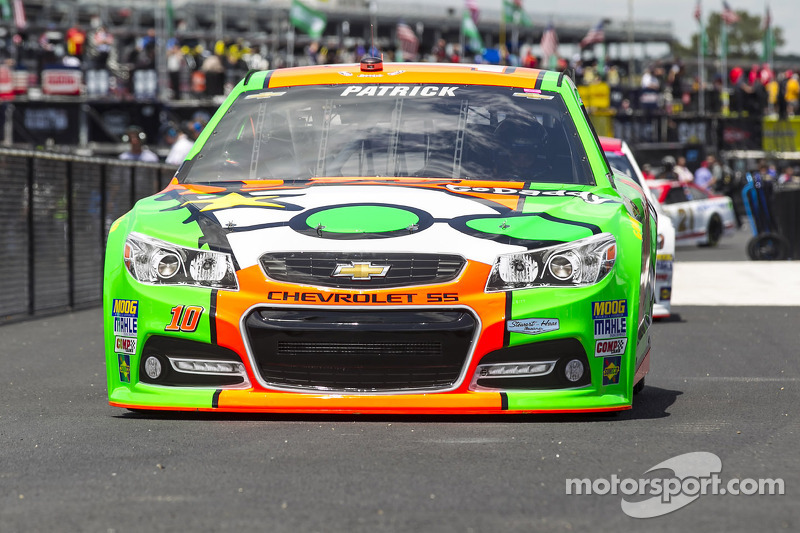 Danica Patrick went a lap down early but gained it back to finish a solid 17th in Sunday’s Quicken Loans 400 NASCAR Sprint Cup race at Michigan International Speedway in Brooklyn.

Patrick, driver of the No. 10 GoDaddy Chevrolet SS for Stewart-Haas Racing (SHR), went down a lap early the race, but thanks to some hard driving and a good car, she put herself in a position to be awarded the “Lucky Dog.”

That opportunity came when the caution flag flew on lap 147; she got her lap back and restarted 21st. From there she drove to a 17th-place finish.

“We were pretty good,” Patrick said. “The guys did a good job on the adjustments, and it was fun to drive. The race seemed to go by quick. We needed a little bit of track position, but it was a good day for us. Thanks to GoDaddy and everyone on my team. We continue to get better.”

Kurt Busch, driver of the No. 41 Haas Automation Chevrolet SS for SHR, started eighth, led once for 16 laps and finished 13th.

Jimmie Johnson won the Quicken Loans 400 to score his 69th career Sprint Cup victory, his third of the season and his first at Michigan in his 25th start at the 2-mile oval.

There were eight caution periods for 36 laps, with two drivers failing to finish the 200-lap race.

The next event on the Sprint Cup schedule is the Save Mart 350 on Sunday, June 22 at Sonoma (Calif.) Raceway. The race starts at 3 p.m. EDT, with live coverage provided by TNT beginning with its prerace show at 2 p.m.