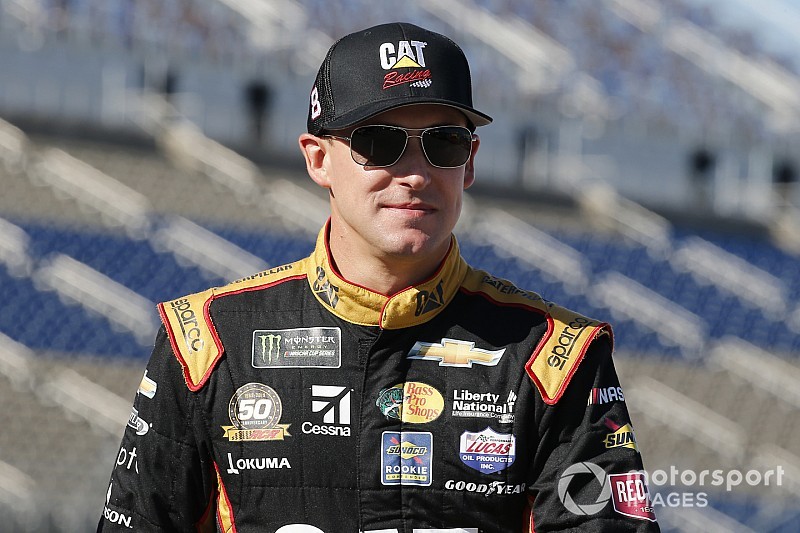 Daniel Hemric was among a number of drivers who expressed skepticism that the addition of PJ1 traction compound would help the racing at Pocono. Lucky for him, he was wrong.

In the weeks leading up to Sunday’s Gander RV 400 at Pocono Raceway, the track announced it was adding the PJ1 traction compound to one lane in each of the track’s three turns to help widen the racing groove.

During much of the weekend, which included an ARCA and NASCAR Truck series race, drivers appeared unwilling to test the areas treated with the compound.

Several Cup Series drivers, Hemric included, didn’t think the compound would help. In the end, however, it was the use of the PJ1 that catapulted to his second-best finish of his rookie season.

“I was fairly skeptical about the PJ1 going into the race. Since it hadn’t come in all weekend, I didn’t see it coming in for the race,” Hemric said Sunday after his seventh-place finish. “I told everyone that by Lap 30 if it didn’t come in, then we would be in trouble.

“But I (was) made a liar out of it because it came in and you had options to run up there and move around. You just had to trust that it was there, and it definitely gave you options.”

Hemric and his No. 8 Richard Childress Racing team also benefited from already having a race of experience at Pocono last month.

Hemric had finished 13th in that race but at least weren’t starting from scratch when they arrived at Pocono this time around.

“From the time we unloaded here at Pocono, I felt we were able to use our notebook that we’ve been able to build on from the race here in the spring. We just had a way better balance in our (car),” he said.

“It was just fun to be out there and be able to maneuver. I’ve been on both sides of it now. I’ve been one of the guys that said it was so frustrating and so hard to pass, and you get a good race car like these guys gave me today, it’s not quite as hard as it has been other weeks.

“I’m proud of the effort, proud of what we’ve done and how far we’ve come as a group. We’ve had opportunities to run like this numerous times this year.”

Asked if Sunday’s performance can help turn the tide of his season, Hemric said: “Absolutely. You have to have weekends like this. These are the kind of weekends that we are expected to have as a group.

“We were hoping to have a couple of these weekends by this point of the year, but beggars can’t be choosers. We are going to take what we have, be thankful for it and try to continue to get better.”