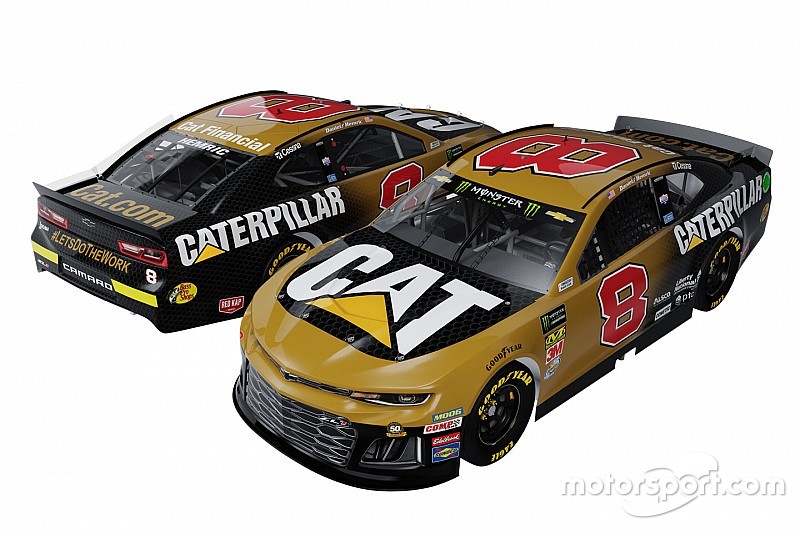 Daniel Hemric’s new ride in the Monster Energy NASCAR Cup Series in 2019 is also coming with a new and iconic car number.

Richard Childress Racing announced on Friday that Hemric will drive the No. 8 Chevrolet next season, as RCR will no longer field the No. 31.

The 27-year-old will continue the long tradition of drivers from Kannapolis, N.C., who have driven the No. 8 on the race track.

During the 1950s, Ralph Earnhardt began his family’s racing legacy on the short tracks around North Carolina driving the No. 8. When his son, Dale Earnhardt, made his first NASCAR start at Charlotte Motor Speedway in 1975, it was with the No. 8 on the side of the car.

When it came time for Dale Earnhardt, Jr. to begin his career in the NASCAR Cup Series, he did so driving a No. 8 Chevrolet that would become iconic to NASCAR fans and non-fans alike.

Hemric made his Cup Series debut this past season, running the No. 8 in races at Richmond, Va., and the Roval at Charlotte Motor Speedway.

“Growing up in Kannapolis, it was all about racing,” said Hemric. “I always dreamed of having the opportunity to drive for RCR and for Richard himself. Now, two iconic numbers, the Nos. 3 and 8, are going to be under one roof.

“I know it makes Richard happier than anybody, just understanding what that means for the sport of NASCAR and how our fans are going to be able to connect with that.”

Childress believes the upcoming 50th anniversary of RCR is the perfect time to make the number change.

“Car numbers are a big part of NASCAR and it makes me proud to have two of the most historic numbers under the RCR banner for our 50th anniversary season,” he said. “With his Kannapolis roots and his old-school racer mentality, Daniel Hemric is the perfect choice to bring the No. 8 back to the Cup Series on a full-time basis.

“He has demonstrated that he has what it takes to be a contender on the racetrack, and we are looking forward to the next step in his career.”

Among the sponsors that the No. 8 will carry this season are Caterpillar, Bass Pro Shops, Liberty National Life Insurance, VF Workwear and Textron Aviation’s Cessna.

Luke Lambert will continue to serve as a crew chief on the No. 8 with Hemric. He most recently worked at RCR with driver Ryan Newman.