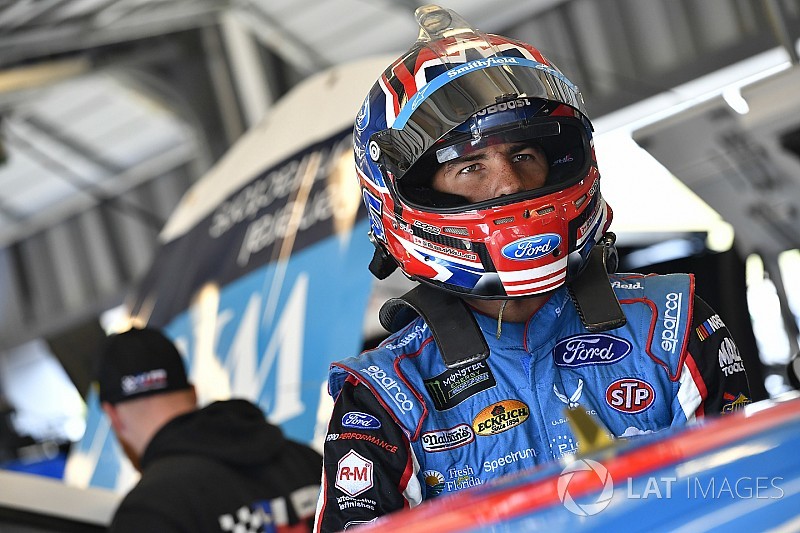 It appears Darrell Wallace Jr.’s opportunity in the Monster Energy NASCAR Cup Series has drawn to a close and although there was never any guarantee of a future ride, he said it was worth every minute.

Wallace was tapped as a fill-in for the injured Aric Almirola in Richard Petty Motorsports’ No. 43 Ford about the same time his full-time ride in the Xfinity Series ride at Roush Fenway Racing was shutting down due to lack of sponsorship.

That left an uncertain number of races at RPM as Wallace’s only NASCAR ride this season.

Almirola is scheduled to test this week at Charlotte and could return to his seat as soon as next weekend’s race at New Hampshire, which would bring Wallace’s Cup experiment to a close.

If so, he ended it on a high note, capturing a career-best 11th-place finish in his fourth start with the team.

“When we fired off there (on the final restart) and ended the race I was like, ‘Hell yeah, we are eighth or ninth!’ I forgot we were a lap down and was like, ‘Damn’. I was pumped. It was a good run for our Smithfield Ford. We had a lot of fun tonight.”

Wallace, 23, said the uncertainty of the timeline with RPM didn’t dissuade him from jumping at the chance to drive for a quality Cup organization.

“It was time for me to get in the Cup series and make my splash. We did that. We didn’t bring home any torn up race cars; didn’t bring out a back-up car once; didn’t smack the fence on my own at all the races; and the car looks pretty clean tonight,” Wallace said. “I think I did my job.

Earlier on Saturday, his crew chief, Drew Blickensderfer, told Motorsport.com that he believed Wallace was ready for a full-time Cup ride.

Wallace said the support he has received from those on the RPM team and other fellow competitors means more than the results themselves.

“I’m just trying to take it all in stride. It’s been bittersweet four races that I’ve had. I can’t thank Richard Petty enough and Ford enough for the opportunity. I just wish we could go on,” he said.

“I am having a great time in the Monster Energy Cup Series. Hopefully, there will be more.”

How dominant is Martin Truex Jr.? Just look at the numbers