Darrell Wallace Jr. likely to stay at RPM for 2019 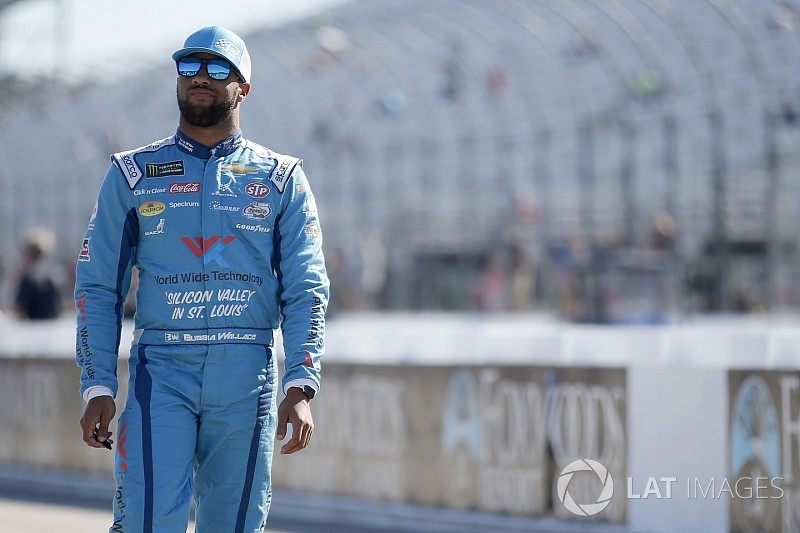 Darrell 'Bubba' Wallace Jr is likely to remain at Richard Petty Motorsports for the 2019 NASCAR Cup series, with the two parties in discussion over a contract extension.

Wallace secured the full-time seat with RPM for 2018 after a four-race cameo as a substitute for Aric Almirola in '17, who injured his back in a collision at Kansas last year, before taking over the #43 seat when Almirola replaced Danica Patrick at Stewart-Haas Racing for this year.

RPM is going through a transition year with rookie Wallace after the team opted to switch to Chevrolet ahead of the new Camaro's debut this year.

Wallace made a strong start to 2018, finishing an emotional second place in the season-opening Daytona 500 and led his first laps at Bristol, but has since dropped to 24th in the standings.

NASCAR legend and RPM team owner Richard Petty says he expects it will take time for the pairing to succeed, but that he wants to retain Wallace.

“Bubba will be with us again next year, from a standpoint that he’s still learning,” Petty told NASCAR.com. “He’s a rookie. A lot of these tracks, he’s never been to.

“It’s been a real learning process. Right now, we’re kind of too slow learning. We need to speed that up.

“I feel like it’s just going to take a little while to make it gel.

“It hardly ever [happens] that any team just comes in and does really good at the beginning of it.

"It takes two or three years for everybody to sort of settle in. Hopefully, we get settled in so we’re ready for next year.”

“We’re working on that right now," he said. "It’s a positive look for us.

"We’ve just started this deal, and we formed this relationship back as soon as I set foot on the ground for Pocono last year [for his Cup debut], so we’re in a good spot, for sure.

"We’re still working on all the details, but I’m excited to be where I’m at right now.”