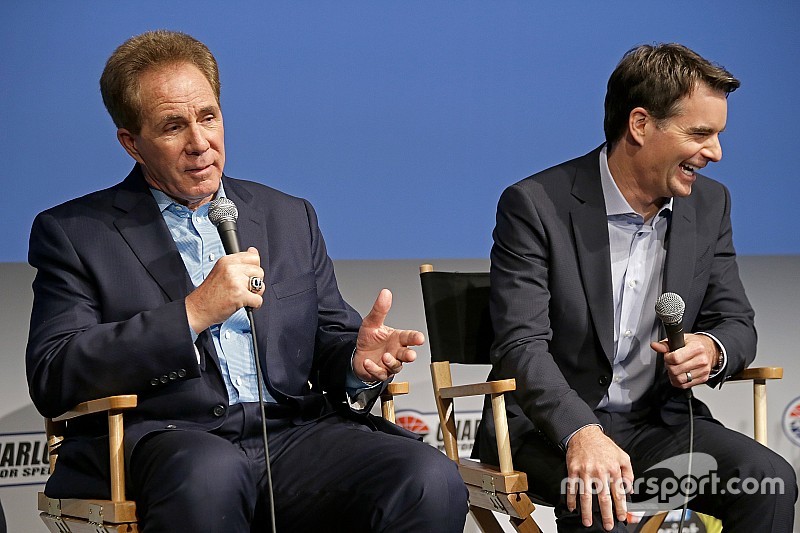 With his typical grace and good nature, NASCAR Hall of Famer Darrell Waltrip talked of the upcoming end of his TV broadcasting career but repeatedly reminded everyone he’s not done quite yet.

On Thursday, Fox Sports announced Waltrip would retire from the Fox Sports NASCAR TV broadcast booth when Fox concludes its half of the 2019 season in June.

A replacement has not been named for Waltrip and sources told Motorsport.com there is the possibility Fox could go with a two-man booth in 2020.

At Bristol (Tenn.) Motor Speedway on Friday, where he won 12 Cup series races, including seven in a row at one point, Waltrip paid homage to those who have been along for his transition from driver to broadcaster.

“These are my teammates. We have been together for 19 years, many of us have,” Waltrip said. “Mike Joy interviewed me when I won the Daytona 500 in 1989. My bosses have been so kind to me. It’s touching to me that I worked for people that care more about me than they do about anything else.

“Two years ago I told my boss I think I want to retire in 2017 – 17 I thought was the perfect time and perfect number. Then 2017 came along and I said, ‘Bad decision. I may want to rethink that.’

“I was a race car driver and then when I did TV, I thought the fan club, the fan mail – all that would go away. It didn’t, it just increased. This has been the greatest experience of my life.”

Waltrip said he also wanted to be a part of the addition of fellow Hall of Famer, Jeff Gordon’s, move to the broadcast booth.

“I stayed on a little bit longer. Anybody that has done what I’ve done, whether it’s a driving career or TV career, can always look back and say, ‘Maybe I should have done something different.’ But folks, this is my home,” Waltrip said.

“And you know who paid the biggest price for me being selfish and my ego and worrying about me? This lady right here (his wife, Stevie). Stevie has been by my side for 50 years. We went to a race on our honeymoon.”

Waltrip, a three-time Cup Series champion with 84 career victories, has called over 300 races for Fox and still isn’t done. He will continue to work in the booth through the June 23 race at Sonoma, Calif.

“It’s hard for me to get too upset or too emotional because I have a race to do on Sunday,” he said. “We’re going to do 500 laps on Sunday. I’m not going to worry about what I’m going to do next year.

Earlier in the week, before Waltrip’s announcement, fans and friends of Waltrip lit up social media in an anger over a column from the Associated Press which criticized Waltrip’s performance in the TV booth and said “it’s time” for his retirement.

Waltrip didn’t address the column specifically, but did direct a comment toward those who say he’s not “relevant anymore.”

“Big whoop. I’ve been in a car, I know what they feel like. I know what it feels like to win a race here. You want to listen to some guy that’s never won a race somewhere tell you how to drive a car? I don’t think so.

“Tell some of these others guys to go build a car and how it runs. I’ve owned teams’ I’ve promoted races’ I’ve driven cars. I’ve done everything you can do in this business and for the most part, I think I’ve done it pretty well.”