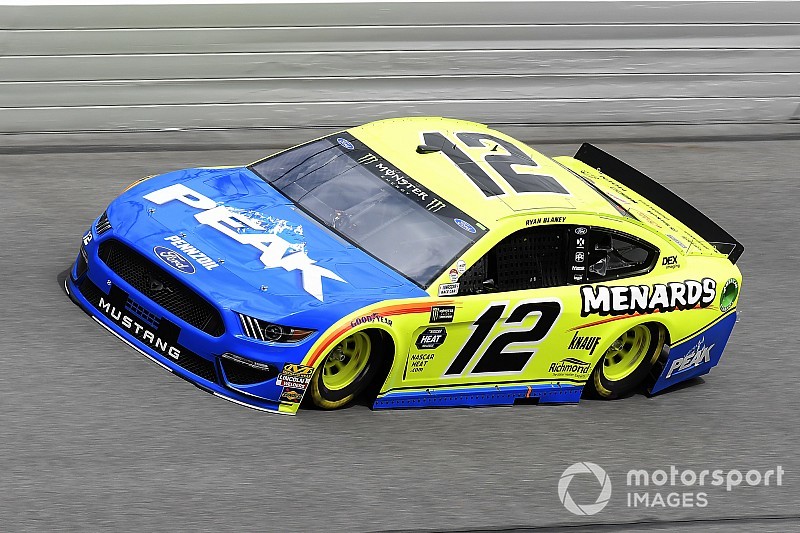 Ryan Blaney withstood a last-lap charge from pole-winner William Byron to claim the Stage 2 victory in the Daytona 500.

Following the break between stages 1 and 2, many cars elected to pit with Logano moving up to the lead when the race returned to green on Lap 66.

Jamie McMurray, Darrell Wallace Jr. and Kurt Busch were all penalized for having too many crew members over the wall during pit stops.

On the restart lap, Suarez briefly moved out front but Logano was able to get back to the point at the line.

Chris Buescher made an unscheduled pit stop on Lap 69 but quickly returned to the track.

On Lap 72, the Fords once again elected to pit again as a group, taking fuel only to make it to the end of the stage. Suarez was the first off pit road as Daniel Hemric took over the lead.

David Ragan and Paul Menard were penalized for speeding on pit road during their pit stops.

On Lap 76, DiBenedetto moved back into the lead followed by Kyle Busch. Kurt Busch was black-flagged and told to bring his No. 1 Chevrolet to pit road for repairs to the rear of his car.

With 35 laps left in the second stage, DiBenedetto remained out front, followed by Kyle Busch and Alex Bowman.

DiBenedetto stayed out front with 25 laps to go as the top six drivers had yet to pit, which they will need to do before the end of the stage.

On Lap 107, Casey Mears’ No. 27 Chevrolet suffered a serious mechanical issue and went up in a plume of smoke in Turn 1 to bring out a caution.

A number of lead-lap cars, including those that had not yet, headed down pit road under the caution with Kyle Busch the first off pit road. When the race returned to green on Lap 112, Blaney led the way followed by Keselowski and Ryan Preece.

Bowman had a crew member over the wall too soon during his pit stop and had to restart the race from the rear of the field.

With five to go in the stage, Blaney remained out front followed by Keselowski, Almirola, Byron and Stenhouse.