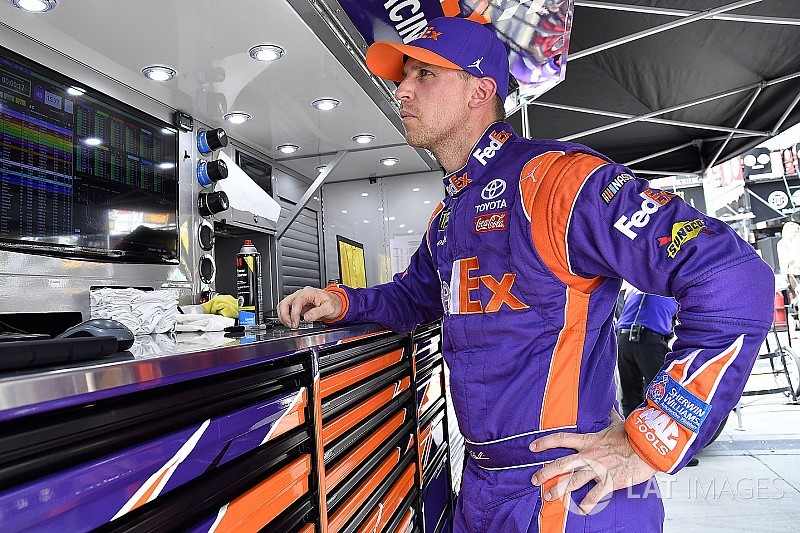 Hamlin, who has yet to win in the Monster Energy NASCAR Cup Series this season, posted an average lap speed of 172.287 mph.

Alex Bowman was fourth and Ryan Newman completed the top-five.

Just six minutes into the session, the engine on Jamie McMurray’s No. 1 Chevrolet let go as smoke poured from his car and fluid dropped on the track. Because he will change engines, McMurray will have to start Sunday night’s race from the rear of the field.

“The motor blew up and that was it,” McMurray said. “It was shaking violently. There were four or five gallons of oil sitting on the race track.”

It was nearly 15 minutes before the track could return to green following the cleanup from McMurray’s incident.

With about 12 minutes remaining in the session, Jones spun out while attempting to return to pit road. He did not hit anything and was able to continue on.

Five teams were penalized practice time for violations at the most recent race weekend, at Bristol.

Denny Hamlin: Winning is "the only thing that I care about" right now