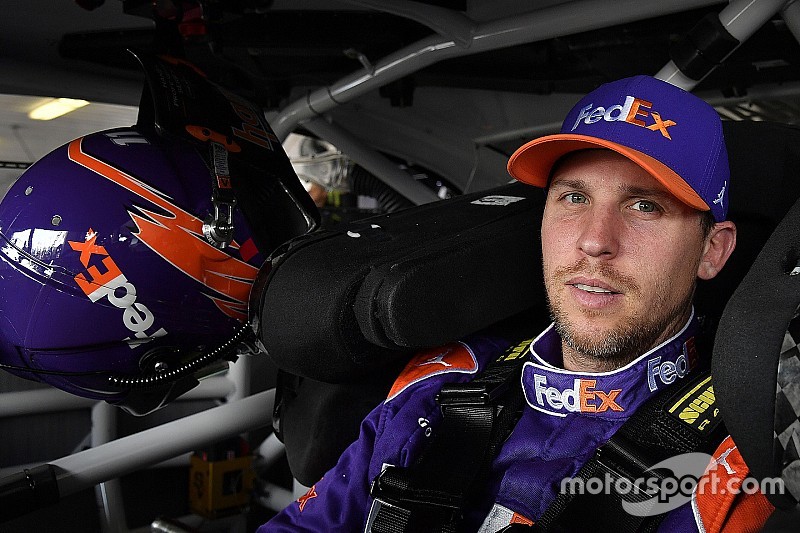 Hamlin, who was fastest in Friday’s only Monster Energy NASCAR Cup Series practice session, topped all three round in knockout qualifying and won the pole for Sunday’s Consumers Energy 400.

Hamlin’s average lap speed in the final session was 202.794 mph, the fastest lap recorded during the day.

“I wasn’t that confident (the lap would hold up). I didn’t get all of it but the team gave me a very drivable car, one that could easily and consistently back up times,” Hamlin said. “Time after time we got faster on every run on the race track today.

The pole is the second this season for Hamlin and 28th of his career.

Hamlin continued his dominance in the second round with an average lap speed of 202.224 mph the only driver to cross 202 mph up to that point.

Also advancing to the final round were Bowman, Jones, Logano, Newman, Almirola, Austin Dillon and Blaney.

“It just wasn’t quite turning the way I thought it would,” Elliott said. “We also had some problems in the spring (race). Hopefully, we’ll get it fixed (Saturday). That was not good.”

Hamlin, who was fastest in Friday’s practice, continued to the lead the way in the first 15-minute qualifying session.

Among those who failed to advance to the second round were A.J. Allmendinger, Trevor Bayne, Ty Dillon, Michael McDowell and Daniel Suarez.

Just minutes into the session, Suarez got loose and slapped the Turn 2 wall, doing damage to the right-side of his No. 19 Toyota.