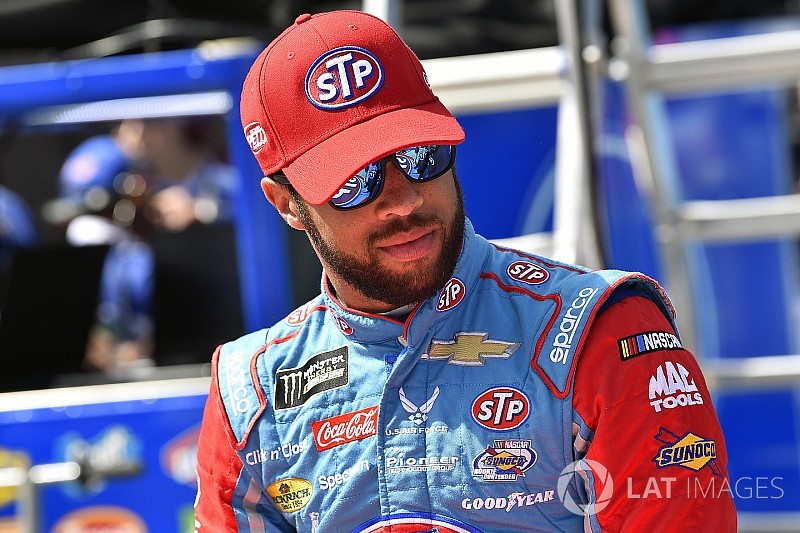 Richard Petty Motorsports’ Darrell Wallace Jr. led his first NASCAR Cup series laps at Bristol (Tenn.) Speedway and says he was devastated and "blindsided" by falling down to 16th at the checkered flag.

After the rain-delayed race was resumed on Monday afternoon, Wallace took the lead on lap 375 of 500 when he passed Team Penske’s Brad Keselowski.

He stayed up front for a total of six laps before Joe Gibbs Racing’s Kyle Busch - the eventual race winner - took the lead back.

While he would remain in the top 10 for the majority of the race, Wallace fell to 16th at the end as he struggled with handling.

“Yeah, [it was a] hell of a day,” said Wallace. “I didn’t know what to expect firing off and we fired off like a freaking badass and got our way up to 10th in that second stage there. That was good, get some stage points and got up to the lead. I was as surprised as anybody.

“Going through the emotions we were really good and that last caution came out and we were struggling with left front [tire] problems there late in runs, locking up easily, but still was able to make decent ground.”

Wallace added that he was unsure as to what caused him to fall so far down the final order.

“Then all of a sudden it went away there and man, [I was] just blindsided there by that. Great car all day, nothing to be pissed off about, that is racing. You could be good for a second and then the next second you are not, but awesome takeaways.

“The momentum is still here. I’m just dejected because I’m scratching my head on where in the hell we went wrong or what we wrong.

“I don’t think we did anything wrong, I guess that is big-time auto racing, but it was a good day.”