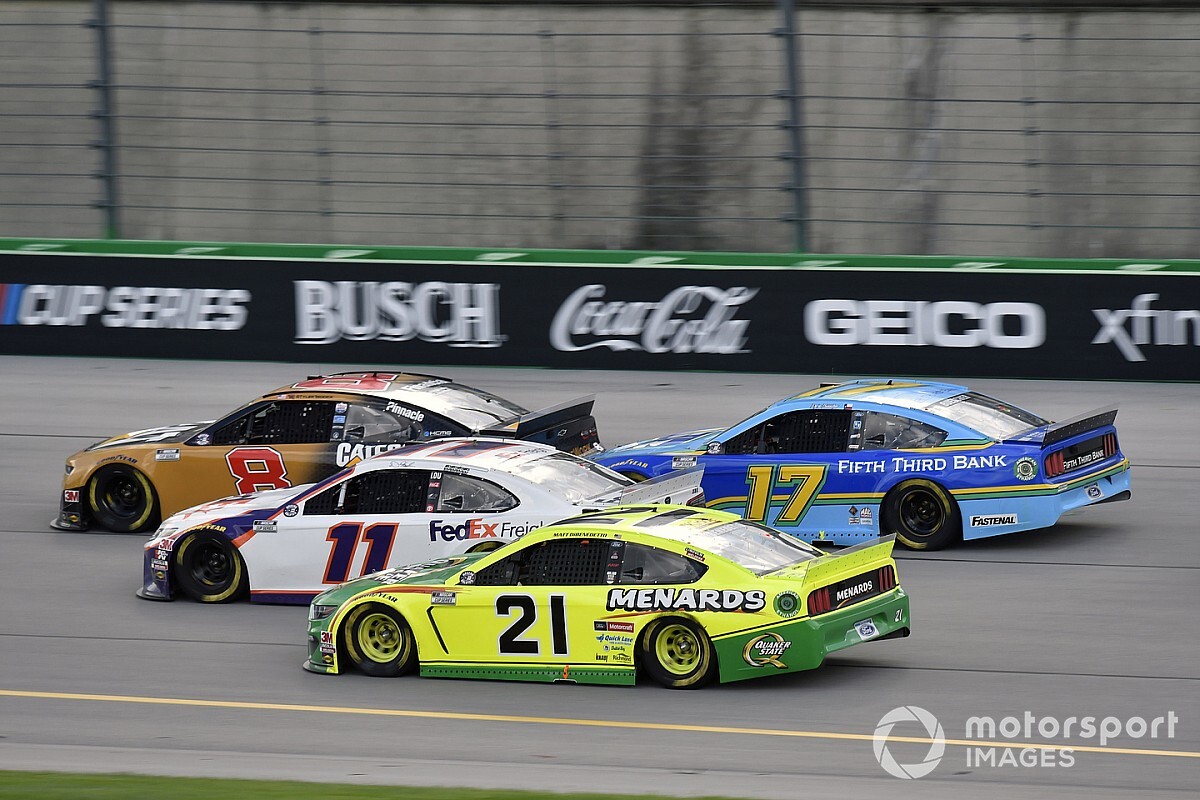 Matt DiBenedetto made no secret that his move to the Wood Brothers this season would be the best opportunity of his NASCAR career and he’s finally been able to show it.

DiBenedetto, 28, turned in a strong run in Sunday’s Cup Series race at Kentucky Speedway, rebounding from the loss of track position due to poorly timed cautions during green-flag pit stops to become a contender for the win on the final lap.

Having worked his way up to eighth by the final caution, DiBenedetto gave a big push to Cole Custer on the final two-lap restart to help propel him into the lead as the field went four-wide on the last lap. Custer held on for his first series win while DiBenedetto ended up third.

Putting the Wood Brothers in the playoffs

DiBenedetto has finished sixth or higher in two of the last three races and finds himself 12th in the series standings – the highest he’s been this late into a season during his career.

“I’ve never been this comfortable and this confident,” he said. “What does that, though, is my team. Driving this No. 21 car for the Wood Brothers, having such a good team, great people around you.

“Having our alliance with Team Penske, support from them. All the support from Ford. That is what does it. That’s what makes my confidence so high because I’m so confident in my guys.”

Through 17 races, DiBenedetto has two top-five and five top-10 finishes and matched his career-best finish of second earlier this year at Las Vegas. His previous career best top-10s in a season was seven, which came last year while competing for Leavine Family Racing.

“I could look at every race track we’ve been to, every single one, we’ve had a lot of car speed other than Darlington (which was) the only track where I was disappointed with our race car,” DiBenedetto said.

“Really we just had to work on working together and meshing as a team because we just didn’t execute real well at some races, made some mistakes, were kind of comers and goers, this and that. Lately we’ve really gotten our communication on track, working together.

“Looking forward to the rest of the season, consistency is going to be key. That’s what we’re having lately, is consistent runs from start to finish. We’ve gotten stage points in all the last six stages or something like that of these last handful of races. That shows the strength of our team moving forward for the rest of the year.”

DiBenedetto and his No. 21 Ford team will have another chance to showcase their improvement on Wednesday night when they compete in the NASCAR All-Star Open. Each of the three stage winners in the event will transfer into the All-Star Race field as will the winner of the fan vote.

Bristol has been one of DiBenedetto’s best tracks and the site of his first top-10 finish (sixth) of his Cup Series career in 2016.

“I’m excited to have the opportunity to race our way in. I know the fan vote is important, too. People have been voting, which we appreciate a lot as a team,” he said.

“You guys see how fast our cars are. It makes it so fun driving these things. We’re really getting in a groove as a team now. I finally feel it clicking real well.

“We get a good starting spot, have a good track position, I feel like we can race our way in and be fast.”