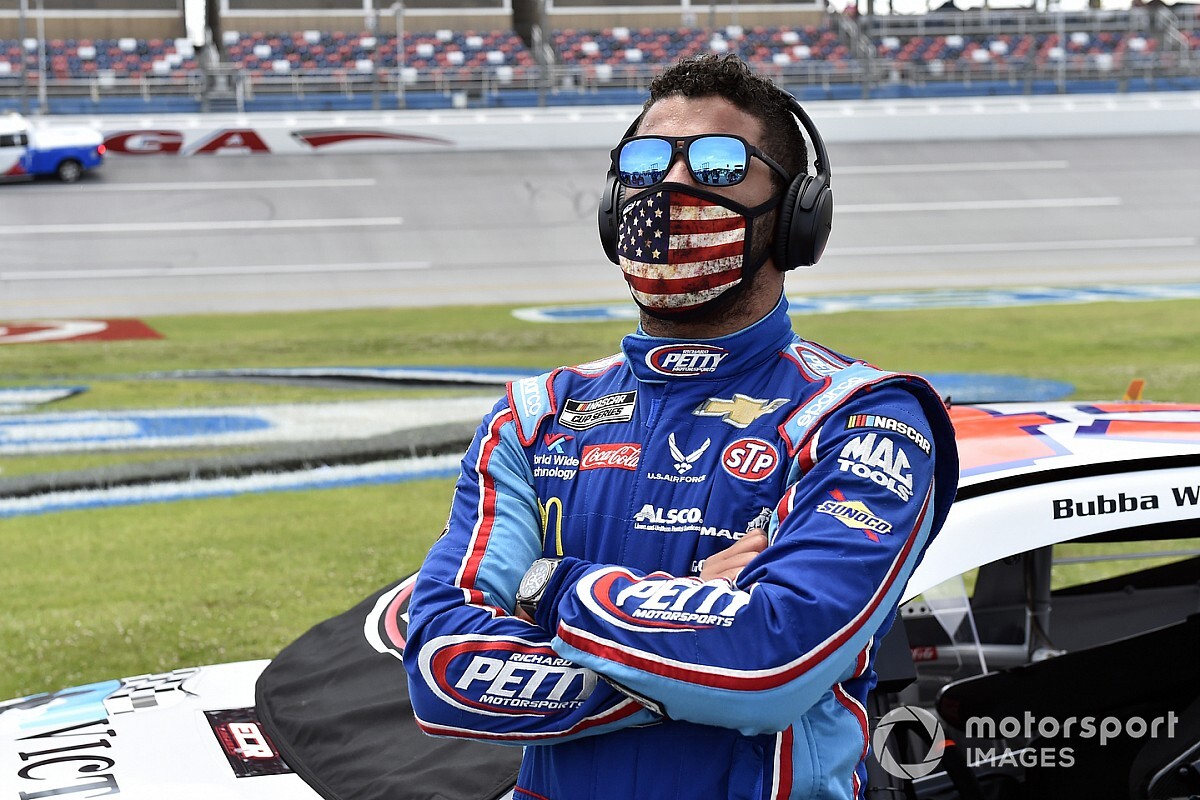 Monday morning, President Donald Trump posted a series of tweets, one of which was aimed at NASCAR driver Bubba Wallace.

Wallace has taken a stand in recent weeks as the Cup Series' only African-American driver, calling for the Confederate flag ban and running a Black Lives Matter paint scheme at Martinsville Speedway.

At Talladega Superspeedway, NASCAR took immediate action after a crew member reported finding a noose in Bubba Wallace's garage stall Sunday. This had followed protests outside the track regarding the sport's decision to ban the Confederate flag. Wallace was told of the incident later by NASCAR President Steve Phelps and never saw the noose himself.

Before the race, which was postponed to Monday due to inclement weather, every driver and most crew members pushed Wallace's Richard Petty Motorsports No. 43 car to the end of pit lane and stood with him in solidarity. 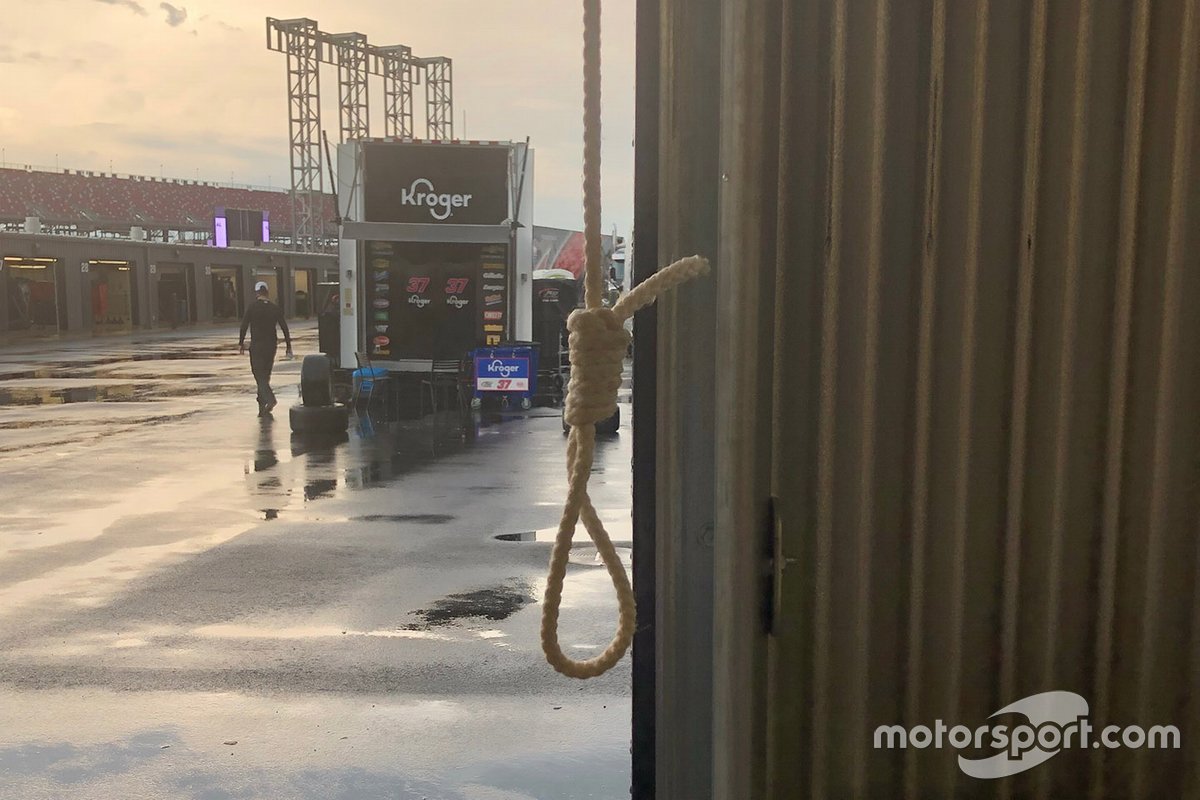 The noose found in the No. 43 garage

“As I mentioned on Tuesday, given the facts presented to us, we would have pursued this with the same sense of urgency and purpose,” Phelps said following the investigation. “Upon learning of and seeing the noose, our initial reaction was to protect our driver."

Despite this, over two weeks later, United States President Donald Trump felt compelled to tweet at Wallace, tagging him and suggesting the driver should apologize. He referred to the incident as "another hoax" and made the baseless claim that NASCAR's TV ratings are the lowest they've ever been following the sport's decision to ban the Confederate flag.

This is unequivocally false as Nielsen reports an 8% increase in FOX Sport's number since returning from its pandemic hiatus on May 17. Ratings at Martinsville -- the first race following the flag ban -- were up 104% from the comparable race one year prior.

Richard Childress Racing driver and two-time NASCAR Xfinity Series champion Tyler Reddick was the first Cup Series driver to speak out: "We don’t need an apology. We did what was right and we will do just fine without your support."

However, the tweet has since been to deleted for unknown reasons.

NASCAR released the following statement, reaffirming their position to stand with Wallace, but opting not to mention President Trump directly. “We are proud to have Bubba Wallace in the NASCAR family and we commend his courage and leadership. NASCAR continues to stand tall with Bubba, our competitors and everyone who makes our sport welcoming and inclusive for all racing fans.”

Additionally, NASCAR says that viewership for Sunday's Brickyard 400 was up 46% over last year's race, which was held on Labor Day Weekend rather than the Fourth of July.

Wallace released his own statement Monday afternoon in response to President Trump's tweet, saying, "Love over hate every day. Love should come naturally as people are taught to hate ... Even when it's hate from the POTUS ... Love wins." Full statement below: