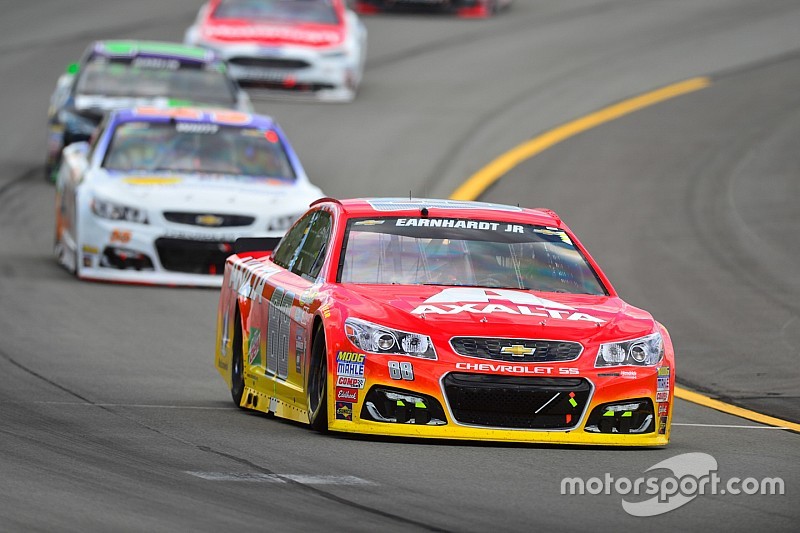 Dale Earnhardt Jr. said he “finished better then we should have” at Pocono and believes NASCAR should consider giving Sprint Cup teams more practice time on race weekends.

Rain limited practice time on Friday and not every team even made it out on the track. NASCAR was able to get qualifying in on Friday afternoon but only had one 55-minute practice session on Saturday.

Earnhardt finished second in Monday’s rain-delayed Axalta 400 in what turned out to be a fuel-mileage battle to the finish with winner Kurt Busch.

“The drivers have been asking NASCAR to take away the (Saturday) morning practice and add a little bit to the second one to make that Saturday practice an hour and a half, and we didn't – it was just an hour,” Earnhardt said after Monday’s race.

“It takes you a minute to run around this track. You can't get but 13 damned laps in practice. I don’t know how you're supposed to figure out what your cars are doing. So, we came into this race with no idea.”

Earnhardt said his crew chief, Greg Ives, made numerous changes to his No. 88 Chevrolet Sunday night after the race was postponed.

“We basically put in an old set-up that worked in the past, and it started off missing the mark pretty bad, but we worked on it and got it better, and we’ll take the points,” he said.  “We’ve had a rough month, so this is a decent finish for us.”

Earnhardt remains without a win this season but is 11th in the series standings after gaining two spots with his runner-up finish.

NASCAR penalizes Keselowski at Pocono – and it might not stop there