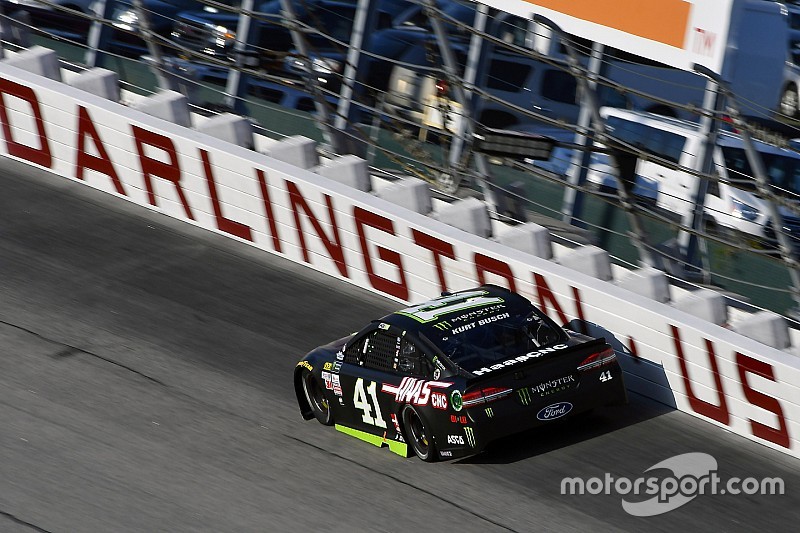 Fresh off ending one NASCAR winless streak, Kurt Busch is ready to shut down another.

Busch’s victory two weeks ago at Bristol (Tenn.) Motor Speedway ended his 58-race winless streak in the Monster Energy NASCAR Cup Series and locked him in to the upcoming playoffs.

An even more daunting task awaits this weekend – in 21 career starts, Busch has yet to earn a victory at historic Darlington (S.C.) Raceway.

“I’ve been close and it would mean the world to me because, when I first went there, I had no idea how difficult that track was going to be, and how narrow it is and how different both ends of the track are,” Busch said.

“Over the years, I quickly gained an appreciation for the nostalgia and the setting of Darlington, South Carolina, and what it means for our sport. With all that mixed in together, I’d love to win that race.”

Like Busch said, he has come close. Painstakingly close.

In the 2003 spring race at Darlington (the track hosted two races a year then), Busch and Ricky Craven rubbed fenders on the final lap before Craven took the win by 0.002 seconds, setting the record at that time for the closest win in series history.

“We threw everything and the kitchen sink at each other but didn’t wreck each other, and I liked that,” Busch said.

Busch’s No. 41 Stewart-Haas Racing Ford will feature a “throwback” paint scheme this weekend similar to the one used on his No. 97 car with which he did battle with Craven.

Busch’s career at Darlington mirrors his career in the Cup series – it’s been one filled with hits and misses.

“My first race there, that place chewed me up and spit me out. I think I wrecked 20 times, kept bouncing off wall,” Busch said.

But his ability to adapt to the track also helped propel him to his first series championship in 2004.

“I had an ill-handling car and still managed to finish sixth with it due to good pit stops,” he said. “That was a perfect moment because it was our championship to lose, with where we finished that day in 2004.”

With his career winding down, Busch would like to nothing more to win a second series championship, and doing so by adding his name to those who have tamed Darlington would only make it sweeter.

“I think 500 miles at Darlington is tougher than 600 miles at Charlotte because you are up on the wheel all race long and you’re right on the edge and, when you slip over that edge, you get that ‘Darlington stripe’ and usually you get a fender rub and then you’re working out of a hole,” he said.

“Darlington demands so much attention and respect. It’s similar to a Bristol like that.”

Matt Kenseth never had "grand illusions" about winning this year