Third at Kentucky puts Erik Jones back into playoff contention 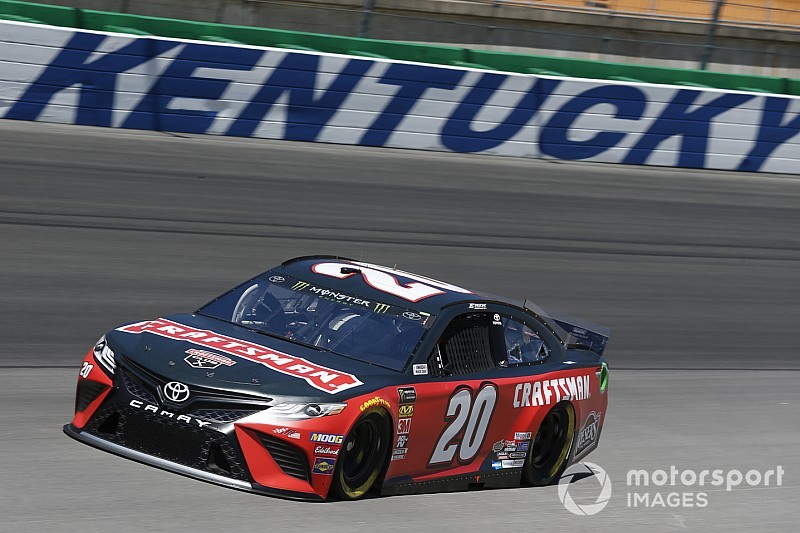 Erik Jones didn’t come away with a win at Kentucky but he got the next best thing – he’s back in contention for a playoff spot.

Jones had a solid outing in Saturday night’s Quaker State 400 at Kentucky Speedway and thanks to a two-tire pit stop on his final green-flag pit stop of the race, he gained valuable track position which put himself into the mix at the end.

Going into the two-lap overtime, Jones lined up third and when a side-by-side, fender-banging battle erupted between Kurt and Kyle Busch, he was in perfect position to capitalize.

“I had two choices there going into (Turns) 3 and 4 (on the final lap). I knew they were probably going to slide up, so I was going to try to run to the bottom and make a run on them,” Jones said after the race.

“But they didn’t slide up enough, and I was tight and couldn’t quite get the run I needed to. We just needed some track position. We needed to get up there and finally did and had a shot, we were just a little too tight at the end.”

Jones, 23, ended up third, tying his best effort of the 2019 season. Most importantly, he has moved into the 16-driver playoff bid based on points.

He remains the only Joe Gibbs Racing driver not already locked in the playoff field with a win but his No. 20 Toyota team has shown to have the speed necessary to compete for victories.

With seven races remaining until the field is set, Jones’ primary focus is to lock himself in with a win or at least expand on his points position.

“It’s good that we're ahead of (the cutoff line) now and we just need to keep it going. We built ourselves big deficit through some misfortune and bad luck, and we're digging out of it now,” he said.

“We’re doing a good job at it and doing the best we can. Getting back on the good side of it's a good start, we just need to keep it rolling and hopefully get a win here soon.”

Joey Logano: "I couldn’t block them all" on final restart