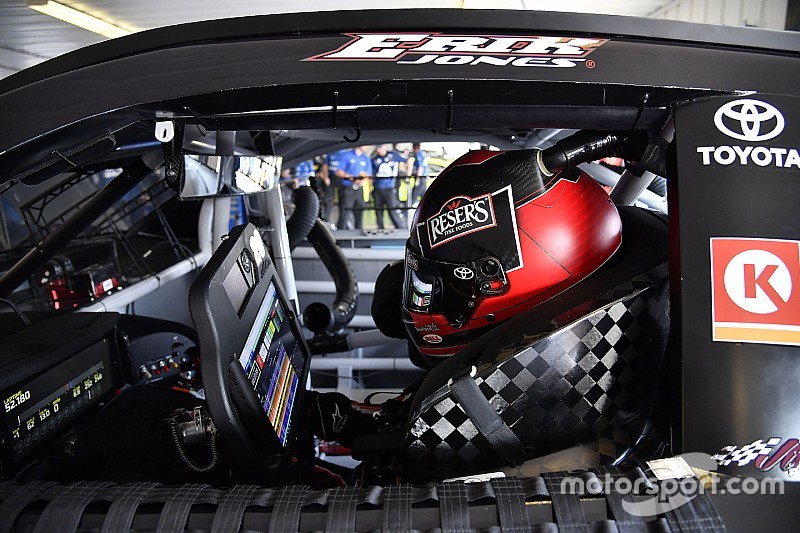 Heavy fog Saturday morning delayed the start of the originally scheduled 55-minute session and even with NASCAR adding five minutes, teams only got about 15 minutes on the track.

“The track overall has aged pretty well over the last couple of years where it’s not so line sensitive and you don’t see anybody running up in the third groove by any means, but it’s definitely not to the point where if you get up there, you’re probably not going to wreck,” Jones said.

“It will be interesting to see as the weekend goes on especially after the Truck race with what these guys can do.”

Martin Truex Jr. was late to pre-race inspection at Watkins Glen; Kyle Busch, Daniel Suarez and Ryan Newman all failed to come to a complete stop after blowing the inner loop in practice at The Glen; and Darrell Wallace Jr. and B.J. McLeod were late to inspection Friday at Michigan.