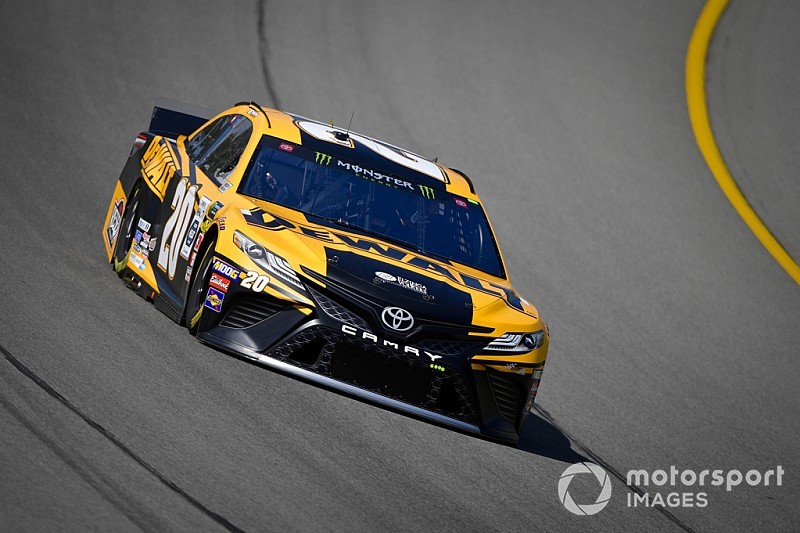 Jones, who is still looking for his first win of the 2019 season, topped the final 50-minute practice with an average lap speed of 189.843 mph.

Jones also had the fastest average lap speed (188.146 mph) among all the drivers who ran at least 10 consecutive laps. Bowyer, Harvick, Bowman and Larson rounded out the top-five in that category.

With about 16 minutes remaining in the session, Suarez tagged the wall exiting the Turn 2 wall after suffering a flat left-rear tire to bring out a caution.

Suarez’s No. 41 Ford sustained some damage to the right-rear quarter panel but the team hoped to repair it so he would not need to move to a backup car.

“My car was free but when I got loose between (Turns) 1 and 2, I could tell it was something more,” Suarez. “Hopefully, we get a little bit of a break and we can fix it.”

Three drivers – Michael McDowell, Austin Theriault and Spencer Boyd – had to sit out the final 15 minutes of practice because they were late out of the garage Friday for inspection.

Truex takes Stage 1 win at Michigan after duel with Hamlin