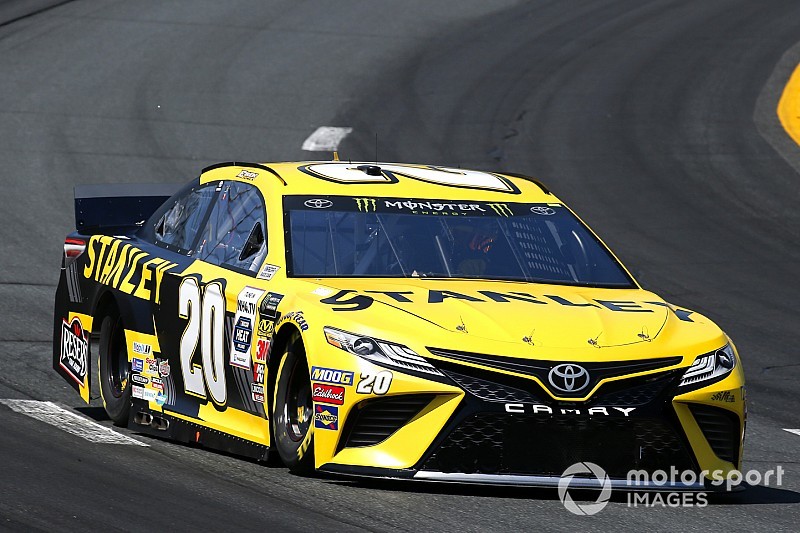 Jones, who will start fourth Sunday, has made three starts at New Hampshire Motor Speedway, with a best finish of sixth in 2017.

Jones also had the fastest average lap speed among all drivers who ran at least 10 consecutive laps (132.854 mph). Blaney and Kyle Busch were second and third, respectively, in that category.

Within the first 10 minutes of practice, William Byron slammed into the Turn 1 wall, doing extensive damage to his No. 24 Hendrick Motorsports Chevrolet.

Byron’s team immediately began working on his backup car, which means he will have to start Sunday’s race from the rear of the field. He had qualified 22nd on Friday.

“We have just been really loose and I tried to drive through it and see if it would come to me better and it didn't. It was even looser yet, and that was kind of the story, just got loose," Byron said. "Hopefully tomorrow we can have a good, solid day and go from there.”

Shortly after practice restarted, Kyle Larson tagged the wall in Turns 1 and 2 and he, too, will move to a backup car. Larson will become the fifth driver that will have to start Sunday’s race from the rear of the field.

“As soon as I touched the brakes, it got loose,” Larson said over his team radio.

Also starting from the back will be Hamlin, Ryan Newman and Alex Bowman (all for backup cars).