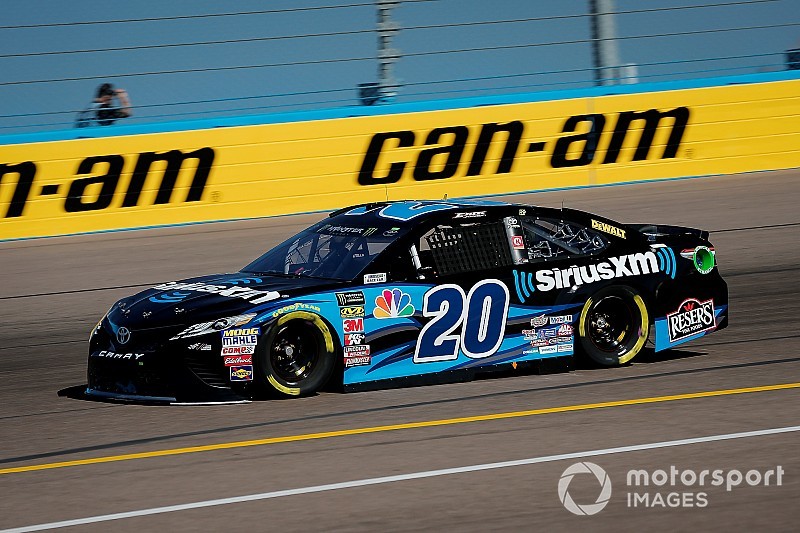 Rounding out the Top 10 were Ryan Blaney, Denny Hamlin, Matt Kenseth, Alex Bowman and Kevin Harvick, who won the spring race at Phoenix.

About 20 minutes into practice, Cody Ware wrecked and said he had no brakes going into Turn 1. The practice session was placed under caution. Ware will move to a backup car and will have to start Sunday’s race from the rear of the field.

Tanner Berryhill had to sit out the final 15 minutes of the practice session after his team was late to pre-race inspection last weekend.

William Byron had to sit out the final 30 minutes of practice after his No. 24 team failed pre-race inspection last weekend three times.

Take a virtual lap around ISM Raceway with NASCAR Heat 3: