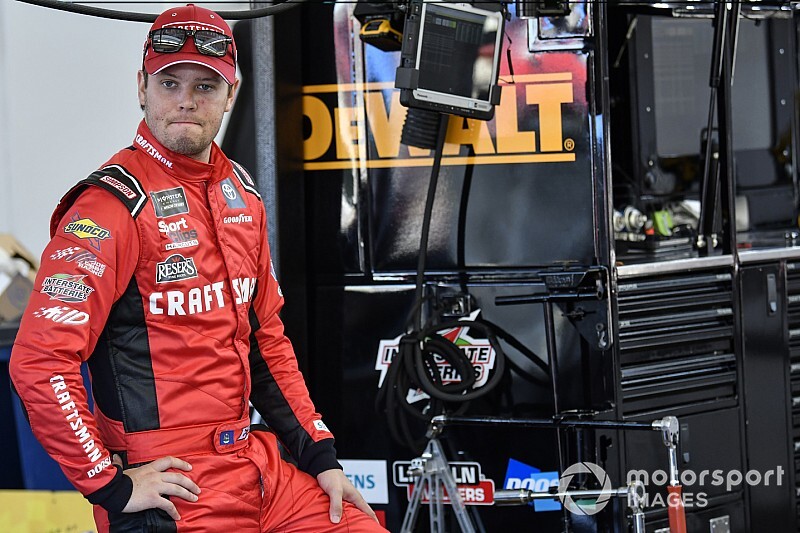 Erik Jones had a fast car in the spring race at Richmond, but this time he’ll need a fast car with a strong finish.

Jones enters Saturday night’s NASCAR Cup Series race at Richmond (Va.) Raceway ranked last among the 16 playoff drivers are in danger of being eliminated from title contention following the first round.

Jones, 23, had a strong No. 20 Joe Gibbs Racing Toyota in the spring race but it took a while before he could take advantage of it.

First, he had to start the race from the rear of the field after failing pre-race inspection and then had to battle a loose wheel late in the event before rallying for a 14th-place finish.

‘We’ve put ourselves at a little bit of a deficit with a mechanical issue and subsequent bad finish in Las Vegas. However, we can still get into the next round of the playoffs with two strong runs the next two weeks,” said Jones’ crew chief, Chris Gayle.

“We ran really well in the first Richmond event, and just didn’t get the finish we deserved due to starting at the rear of the field and a loose wheel late in the race, but we had really good car speed in the spring event.

“I feel really confident that if we can eliminate the small mistakes we have a chance to go grab stage points and finish the race in a really strong position or even battle for the win this weekend.”

In five career Cup starts at the ¾-mile short track, Jones has solid but not stellar. He’s finished worse than 14th only once but has never led a lap.

Still, Jones sees the track as an opportunity to get his playoff run back on track.

There aren’t many chances left as he sits at the bottom of the playoff standings, with a 26-point gap to have to make up over the next two weeks.

“It’s short track racing; familiar with what I grew up with. We’ve run pretty well there a few times in the past. Looking for just a solid weekend to rebound from Vegas and hopefully have no mistakes and run top-five all night and get a good finish,” he said.

“We’ll see how it goes. I feel good about it. We ran well there in the spring, had some issues, but had a fast car. Hopefully we can bring the same speed back this weekend and have a good, solid night.”