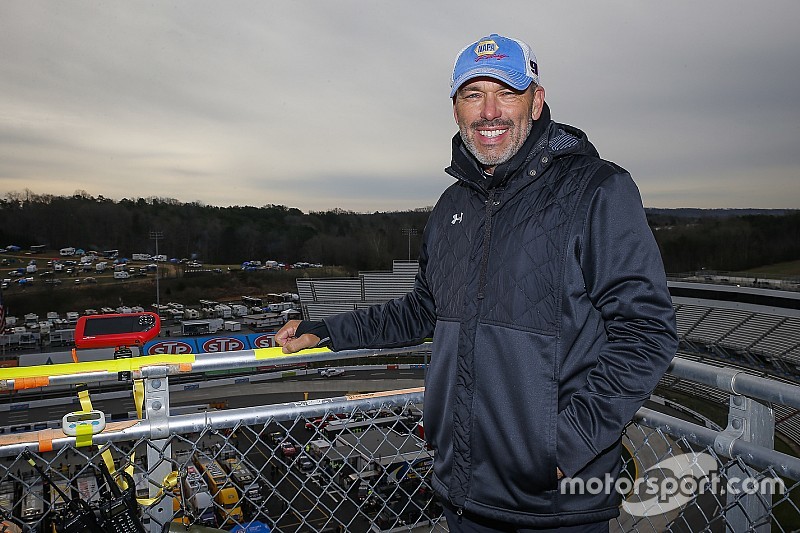 This week, Motorsport.com caught up with veteran spotter Eddie D’Hondt, who recently celebrated helping Chase Elliott score his first Monster Energy NASCAR Cup Series win last Sunday at Watkins Glen International. D’Hondt, who’s been involved in racing for over 35 years, has also spotted for NASCAR Hall of Fame drivers Bill Elliott and Jeff Gordon just to name a few. D’Hondt also used to drive a race car himself and shared his thoughts on the win and his time in the spotter’s stand over the years.

How did it come about for you to spot with Chase Elliott when he made the move to the Cup Series?

Well, I used to spot for Jeff Gordon for four or five years before I started working with Chase. I also used to spot for Bill Elliott years ago and I’ve known Chase since he was a baby. It worked out for us to team up and we’ve been together for a couple of years now.

What was it like to score your first win with Elliott at Watkins Glen?

Anytime you are fortunate enough to be part of a first win, significant or benchmark event it’s a great feeling and what you live for (in this business). We’ve been so close before (to getting a first win) something whacky happened that kept us from finishing a race the way we needed to for a win.

Do you think now that Chase has picked up his first Cup win this is just the first of many more to come?

I’m sure of it. He’s been so close so many times (before Sunday) and this win will only build his confidence. We’ve seen in the sport before with other drivers and I feel Chase will only keep getting better as a driver. I also actually got a text from Jeff Gordon while we were in Victory Lane on Sunday congratulating us on the win.

How do you feel your experience is helping Chase in the Cup Series events?

Part of my job is to use all the resources I have to help Chase and the entire team every weekend. I feel my experience can help us work through different scenarios and I feel my experience can only help me give him good information during the race. Some of that includes watching grooves that other drivers are using or helping anticipate things on the track that might help him avoid trouble or improve our performance.

What’s the most challenging aspect about your job?

Making sure that I’m as prepared as I can be each weekend. We do more than just show up and work from the spotter’s stand on race weekends. For example, on Mondays I’m watching film from the previous race to build reports for our Tuesday meetings. Another example is this week I will spend all day today watching film from the previous race at Michigan International Speedway where we race this weekend and study other drivers and events at the track from previous races. I also want to make sure that I stay sharp every time I’m in the tower.

What’s the most rewarding part of your job as a spotter?

Going to Victory Lane. That is what we (spotters) live for each week. We live for the chance to help make a difference for our driver and team each race.

Do you feel being a former driver helps you as a spotter?

Absolutely. I’ve experienced several things that drivers see and feel during the races. Some of those things include the feeling driving a car when the tires go away and when a car is driving too tight. I think it helps me communicate with Chase and all the drivers I’ve worked with when they describe something going on with the car, I can relate to what they are describing because I went through that when I was driving too.

Who else have you worked with as a spotter?

I’ve been really lucky to work with some of the best in the history of our sport. I’ve spotted for Dale Earnhardt Jr., Kyle Busch, Bill Elliott, Bobby Labonte and Jeff Gordon. It’s been a pleasure spotting with every driver I’ve worked with throughout my career.

What would you recommend to anyone thinking of wanting a career as a NASCAR spotter?

You need to start at your Saturday night short track and learn by getting your feet wet in the sport and learn as much as you can. There are very few instances where someone has just started spotting and works at the top levels of NASCAR right away. I feel you should start out at the grassroots level and work your way up to the national series.

Stewart: Mustang an "iconic race car" that belongs in the Cup Series