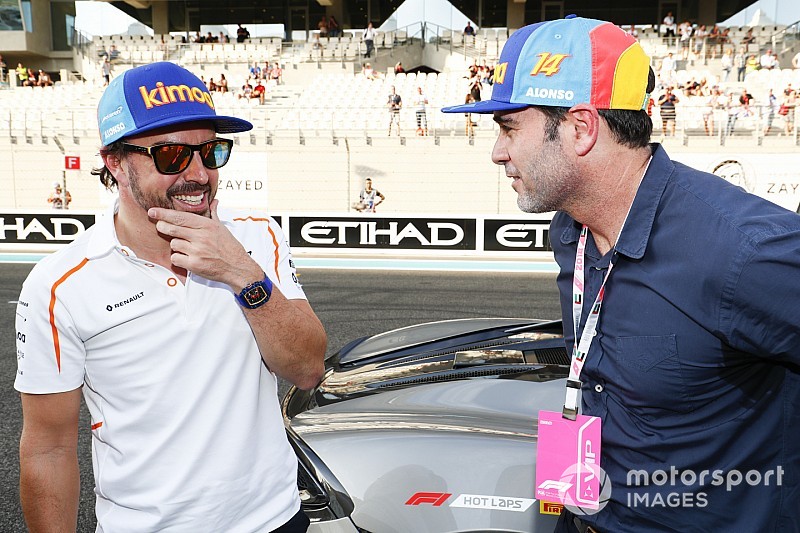 Fernando Alonso says his NASCAR test in Bahrain on Monday is for “pure fun” – but the two-time Formula 1 World Champion hasn’t ruled racing a stock car one day if he enjoys the experience.

Johnson will be at the wheel of a Mercedes V8-powered McLaren, having spent time in the team’s simulator in Woking last week.

“It’s pure fun right now,” said Alonso of his NASCAR run. “But I cannot say 100% that I will not enjoy that much that I may think in the future to have a go somewhere in a competitive environment. Right now it’s just pure fun.

“It’s going to be quite different to any other car that I drove, but at least we’re doing it in Bahrain, which is a circuit that I know, and it’s not an oval or something that could be more difficult. Everything will be very different, so I’m really excited and looking forward, because that new thing is always waking up your instincts and your driving skills.”

Alonso insisted that his programme is still open after his Indy 500 and Toyota FIA World Endurance Championship commitments conclude next June.

“I don’t have any clear plan or clear steps to see what I will do in the future,” he said. “Right now as I’ve said before the first and only priority next year is the Indy 500 attempt. Obviously winning the World Endurance Championship will be also in the plan, and the Le Mans 24 Hours. All the other plans that I made for next year probably have a little bit lower priority compared to those ones.

“For the longer term, I don’t know yet. It’s not that I know exactly what I will do at the end of next year, what I will do in 2020. I may do a full season in Indycar, I may come back full-time in F1, a lot of things that I may do in the very long term. I may do the World Karting Championship!”

McLaren team principal Zak Brown says that McLaren is happy to support the car swap between Alonso and Johnson.

“We’re a big fan of all motorsports,” Brown explained. “Jimmie is a legend, a seven-times champion, and I think anytime you can bring motor racing together, two worlds collide, and you can do something like this, it’s good for the sport. It’s going to be followed around the world.

“I think what we wanted to do is give Jimmie some proper seat time. When this has been done in the past many years I think it was a few laps here and there, but we’re going to give Jimmie a good go in the car. Fernando likes to drive race cars and experience new things and be challenged, so we’re excited that we can do it Bahrain.”

Brown stressed that McLaren has no interest in getting involved in an Alonso NASCAR programme, despite his own past connections to the series on the marketing side and its electronic component supply deal.

He added: “NASCAR is nothing that McLaren has history in, so I just don’t think it would make sense in the way Indycar does for us given our history. If it’s something that Fernando wants to do, Jimmie’s Rolodex is definitely better than mine!”