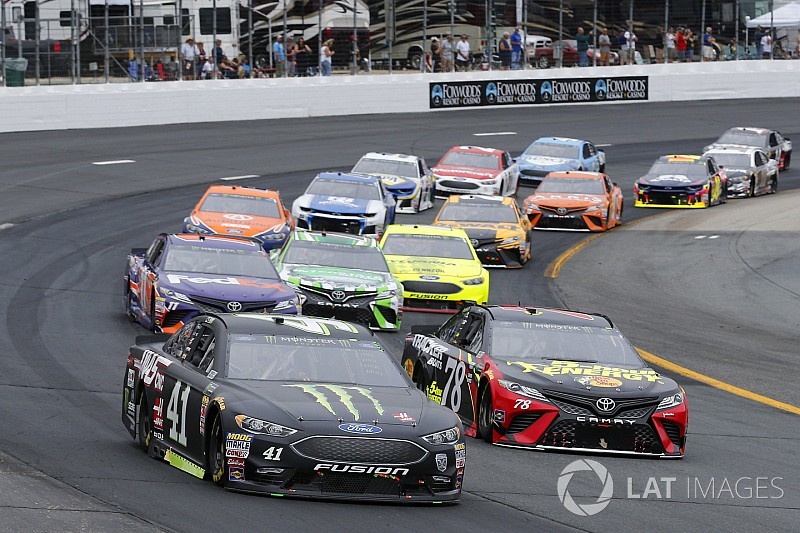 Kurt Busch had plenty of speed Sunday at New Hampshire Motor Speedway but what he called a “fundamental mistake” cost him a shot at the win.

Busch, who started from the pole, led a race-high 94 laps in Sunday’s Foxwoods Casino 301 but would up eighth, a disappointment considering how well he ran virtually the entire race.

Busch – who had the No. 1 pit stall – was running second when he entered pit road with about 75 laps remaining to make a green-flag pit stop.

As he approached his stall, Ryan Blaney, who was pitting in the adjacent stall, was about to exit. Both came to a stop as they tried to figure who would go first, costing both precious time and positions on the track.

“We ended up (pitting) on the same lap as Blaney. That’s just bad luck or bad communication between two crew chiefs,” Busch said. “And then the crew chief is like, ‘He’ll be gone by the time you get there.’ And I initially thought that, and then they were still hanging left-side tires and I was like, ‘Oh no, oh no.  He’s going to be there.’

“If I would have come around him, I would have blocked him huge. You just aren’t supposed to pit on the same lap they do under green. That was a fundamental mistake.”

On the bright side

Still, Busch tried to look at the positive.

For much of the race, he clearly had a better car than Kevin Harvick, Kyle Busch and Martin Truex Jr. – who as a group have won 15 of the season’s 20 races.

Busch moved up to fifth in the series standings and is in excellent position to make the playoffs even if he doesn’t secure a victory.

Busch, however, believes he and his No. 41 Stewart-Haas Racing team have what it takes to make it to Victory Lane.

“The good news is we had good speed. We had good lap times most of the day. For 95 percent of the day we had pace to be a winner and to lead laps, so that’s what I take away from a day like (this),” he said.

“Sometimes we’d be glued sixth to 10th and don’t have the power to lead laps a lot, so I’m happy with that. Pit road, once in 1,000 years that’s going to happen. That just turned into a total disaster and then (the last) restart I just didn’t get a good restart behind (Aric) Almirola when we fifth.

“So, you mess up twice you’re not going to win the race. But we were in the mix. That’s what counts. We had a playoff-type of day.”