Furniture Row Racing to cease operations due to lack of funding 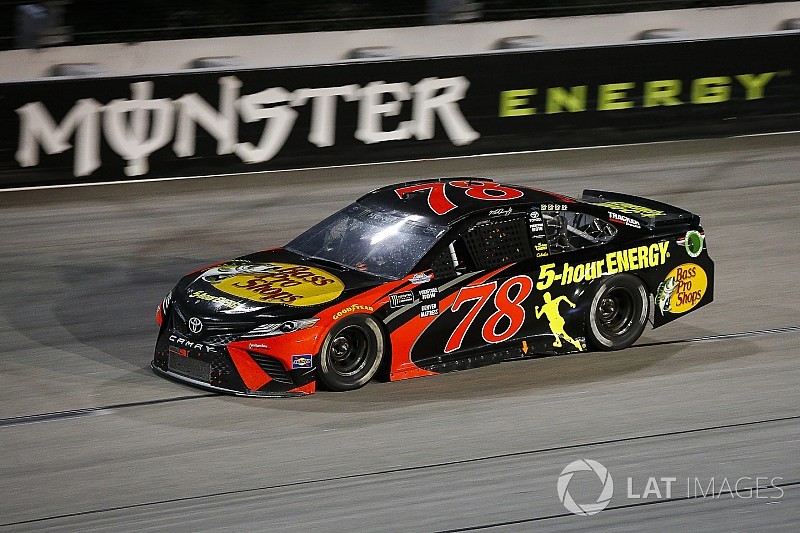 The reigning NASCAR Cup Series champions will cease operations at the conclusion of the 2018 season due to a "lack of necessary funding."

In a shocking development following rumblings that Furniture Row Racing was struggling to find proper funding for the 2019 season, the team has announced that they will cease operations at the conclusion of the 2018 season.

The team, with driver Martin Truex Jr. and crew chief Cole Pearn, dominated the 2017 season with eight victories en route to the championship. They are once again a strong title contender this season, currently third in the regular season standings with four wins to their credit.

But the team, which went from underdog to top dog in a success story unparalleled in recent years, will cease operations after 14 seasons at the top level.

This was also the first year the No. 78 FRR Toyota team was fully sponsored and Visser didn’t have cover the cost of team operations.

“I’ve always felt that we could be a competitive team and run for a championship even when it seemed like a pipe dream to many racing insiders," said team owner Barney Visser. "But to be successful in any business you need to assemble the right people and make a strong commitment to succeed. We achieved what we set out to do and feel like we climbed Mount Everest. To continue with anything less than a competitive team would not be acceptable. It’s been one incredible ride.”

The team cited a "a lack of necessary funding to field a competitive team" as the reasoning behind this decision.

“This is not good for anybody,” continued Visser. “The numbers just don’t add up. I would have to borrow money to continue as a competitive team and I’m not going to do that. This was obviously a painful decision to arrive at knowing how it will affect a number of quality and talented people.

“We’ve been aggressively seeking sponsorship to replace 5-hour ENERGY and to offset the rising costs of continuing a team alliance with Joe Gibbs Racing but haven’t had any success. I feel that it’s only proper to make the decision at this time to allow all team members to start seeking employment for next year. I strongly believe that all of our people have enhanced their careers by working at Furniture Row Racing.”

“While I am saddened by today’s announcement, I totally understand the decision," said Truex, the driver of the No. 78 FRR Toyota Camry. "Barney Visser, Joe Garone and the entire Furniture Row Racing team took me in while my career was in a bad place, and together we reached the pinnacle of the sport. I will forever be grateful to each and every one of them, and also to Furniture Row, Denver Mattress and the Visser family."

However, he remains focused on the task at hand and defending his crown.

“But make no mistake this is not the immediate end. We still have unfinished business to attend to and that’s to give everything we have to successfully defend our Monster Energy NASCAR Cup Series championship. Right now that is foremost on my mind as it is with the entire team.”

Following the news that FRR plans to close their doors, NASCAR released a statement: “NASCAR wishes the very best to Barney Visser and his family. Barney has been a successful owner and an amazing champion, and his presence will certainly be missed. We look forward to seeing Martin Truex Jr., Cole Pearn and the entire No. 78 team finish the 2018 season strong and competing for another championship. NASCAR will continue to work on growing the sport and working with the race teams on competitive and operational excellence. Much of those efforts have already been put in place, and will continue to be a focus.”

Toyota has since released their own statement as well. “We want to thank Barney Visser, Joe Garone, Martin, Cole and everyone at Furniture Row Racing for a successful partnership over the past few years," said Laura Pierce, General Manager for Motorsports, Toyota Motor North America. "The team’s dedication and hard work in the sport was instrumental to our racing family as they helped us win our first NASCAR Cup Series manufacturer’s championships as well as reach the pinnacle of the sport with last year’s championship. We look forward to continuing to work with the Furniture Row Racing team as they defend their championship in the upcoming playoffs.”

Joe Gibbs Racing, who has a technical alliance with the team, released a statement saying, “We have a great partnership with Barney and everyone at Furniture Row Racing. It’s unfortunate that they will not be continuing after this season and I know it was a difficult decision for them. They have accomplished so much and I know they would like nothing more than to win another championship this season.”

Martin Truex Jr. on pit road issues: "We have to clean it up"