Gallery: Some of NASCAR's most surprising Cup Series winners 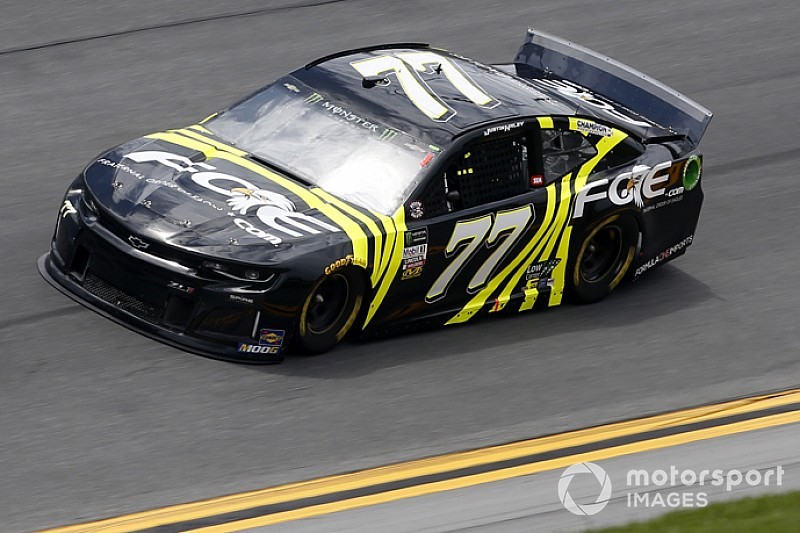 With Justin Haley's shock win at Daytona International Speedway, here's a look back at some of NASCAR's most surprising Cup Series winners since the turn of the century. 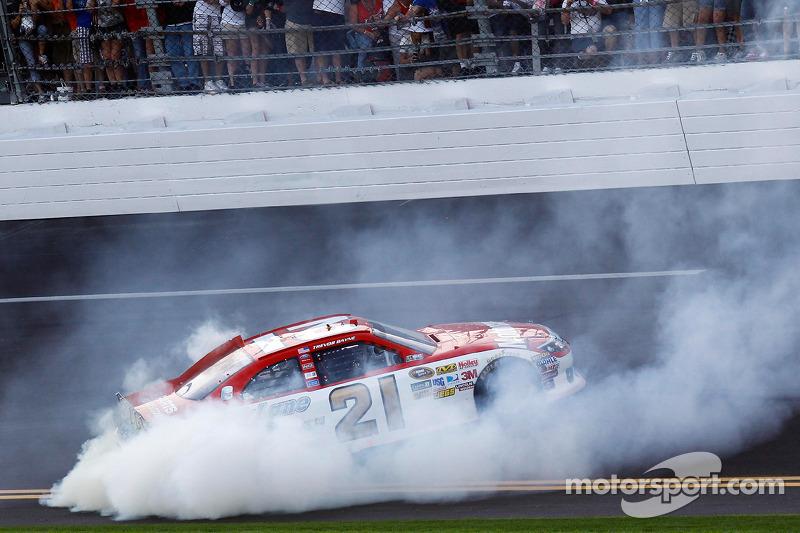 In perhaps the biggest one-hit wonder in modern NASCAR history, Trevor Bayne beat the odds and in just his second career start won the sport's biggest race. Driving for the famed Wood Brothers Racing team and the day after his 20th birthday, Bayne won the race with help from a pushing Bobby Labonte on a late-race restart. However, despite securing NASCAR's most prestigious trophy so early in his career, it was Bayne's only victory in 187 starts. 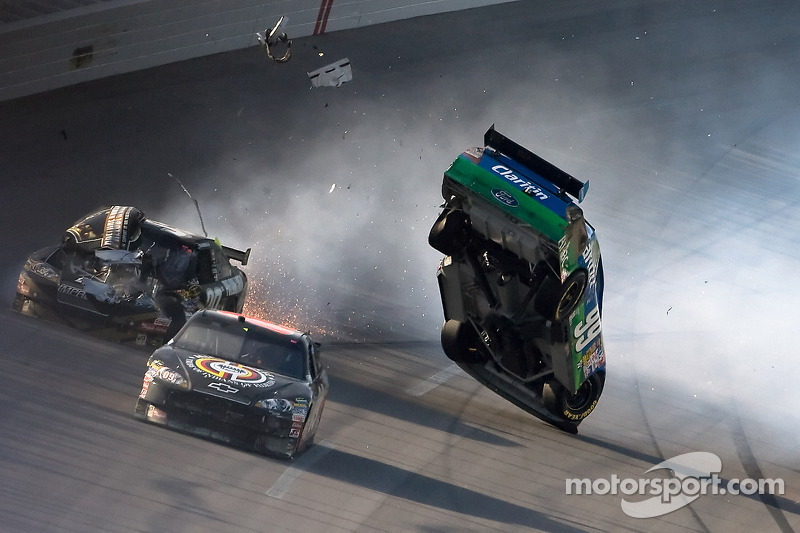 You'd never say today that Brad Keselowski winning a race would be surprising, but that wasn't always the case. Long before becoming a NASCAR Cup Series champion, Keselowski drove part-time in the 2009 season for Hendrick Motorsports and James Finch-owned Phoenix Racing. Finch's team had never won a Cup race despite nearly 20 years in the sport, but in just Keselowski fifth career start he captured the checkered flag in one of the most memorable finishes in NASCAR history. It also ignited a rivalry that would last well beyond that season. 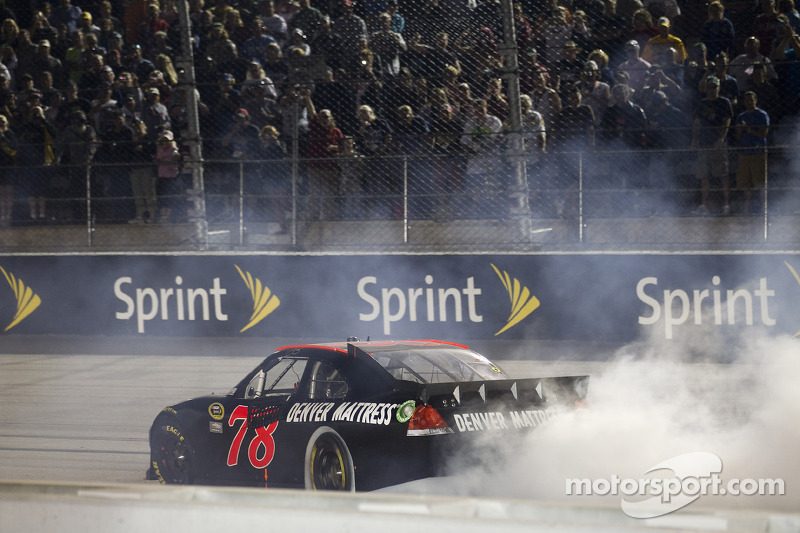 Before Furniture Row Racing were the 2017 NASCAR Cup Series champions, they were a modest single-car operation struggling for success. And with a gamble to stay out at the end of the 2011 Southern 500, they found it. Cato, New York native Regan Smith held off Carl Edwards for his lone Cup Series victory and Furniture Row's first of many before shutting down operations at the end of the 2018 season. 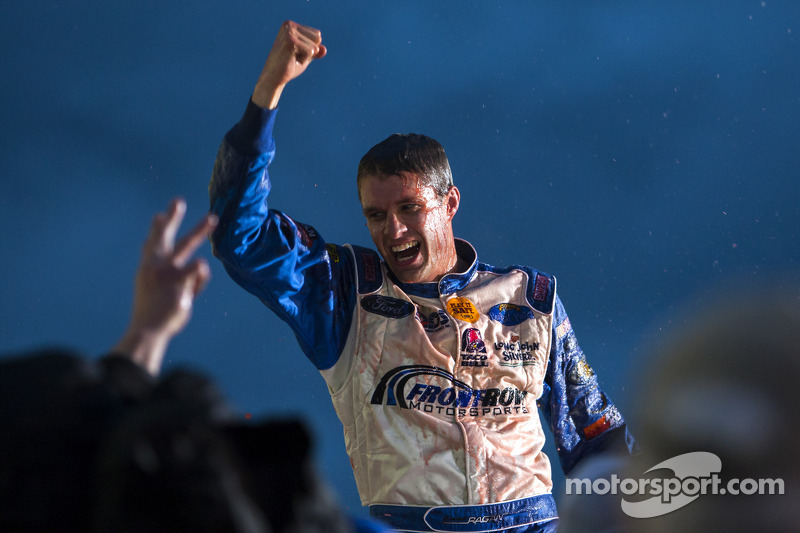 David Ragan's victory in the spring, 2013 race at Talladega Superspeedway wasn't his first, but it was certainly surprising. Despite years competing at the Cup level, Front Row Motorsports had never won a Cup race before. But with daylight waning in this chaotic plate race, they not only captured the checkered flag with Ragan, but scored a 1-2 finish with David Gilliland in the runner-up spot. Ragan has not won another race since. 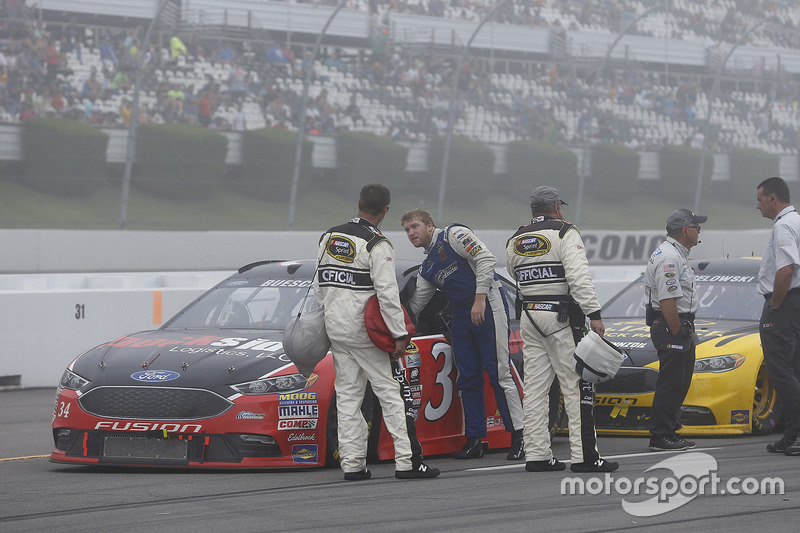 Front Row Motorsports does it again. With fog shrouding the race track, it was Chris Buescher who found himself in the right position at the right time at Pocono Raceway in 2016. The then-reigning Xfinity Series champion was awarded the race win due to the inclement weather and a spot in the playoffs. 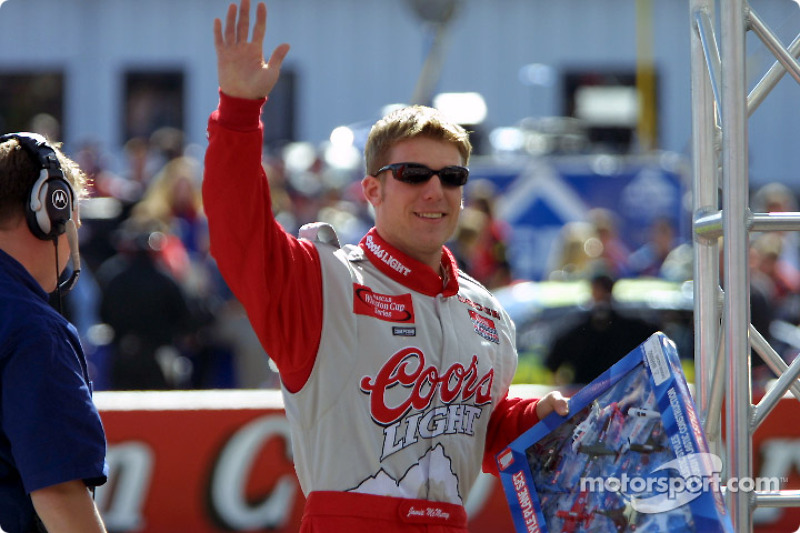 Jamie McMurray was a 26-year-old rookie when he was asked to fill-in for an injured Sterling Marlin. After a crash at Kansas, the veteran was forced to sit out the remainder of the season and McMurray was named the substitute driver of the No. 40 car. He did not squander the opportunity, winning in just his second career start in the fall race at Charlotte Motor Speedway. McMurray would go on to build a respectable career, winning some of the sport's biggest races including the Daytona 500 and Brickyard 400. 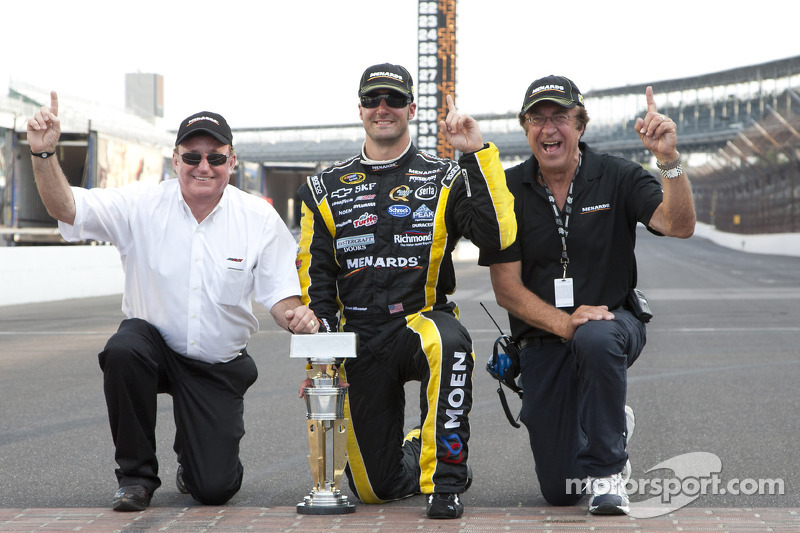 The name Menard and Indianapolis Motor Speedway have quite the history together. Team Menard competed in the Indy 500 many times between 1980 and 2003, but they never did win the big race. As fate would have it though, John Menard's son Paul would have better fortune at the 'Yard of Bricks.' In 2011, Menard, driving for Richard Childress Racing stretched the fuel mileage and held off a hard-charging Jeff Gordon to win the Brickyard 400 in a huge upset. Nearly eight years later, it is still Menard's lone victory at the Cup level. 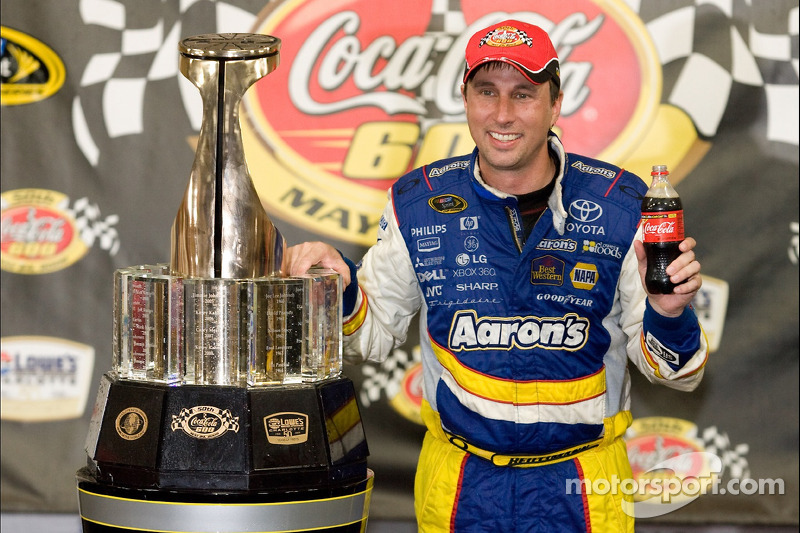 David Reutimann delivered Michael Waltrip Racing their first victory as team in the 2009 Coca-Cola 600 with some help from Mother Nature. One year later, he would win again at Chicagoland Speedway, but this time by driving through the field in the No. 00. 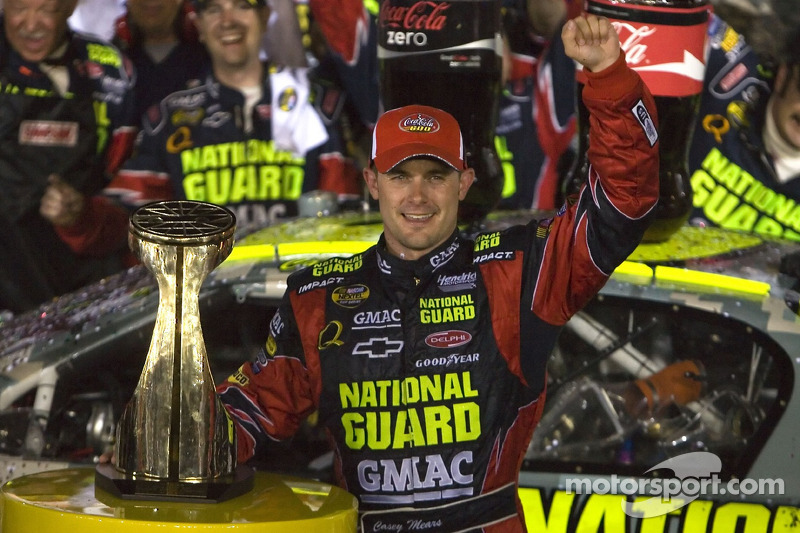 In 489 NASCAR Cup Series starts, Casey Mears won a single race. The nephew of 4x Indy 500 winner Rick Mears did it in Hendrick Motorsports' backyard, winning the 2007 Coca-Cola 600. In a race that turned into a game of fuel-mileage, Mears led just 12 laps and took home the checkered flag. 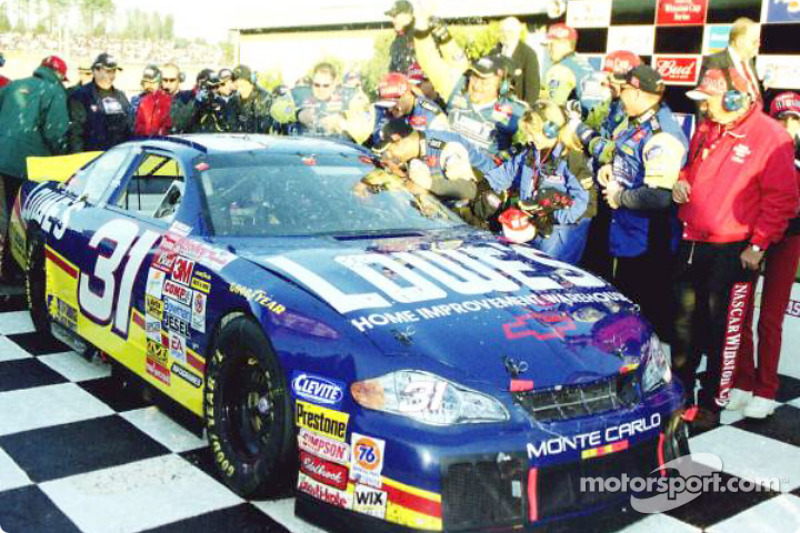 There is a lot behind the story of Robby Gordon's first career NASCAR Cup Series victory. The race itself was postponed to the tail-end of the season after the September 11th terror attacks. Gordon was racing part-time that season and split his schedule between RCR's No. 31 and Larry McClure's No. 4. The week before this race, he actually failed to qualify at Atlanta. But he came back with a vengeance at NHMS, getting into the back of Jeff Gordon and taking the race win in controversial fashion. 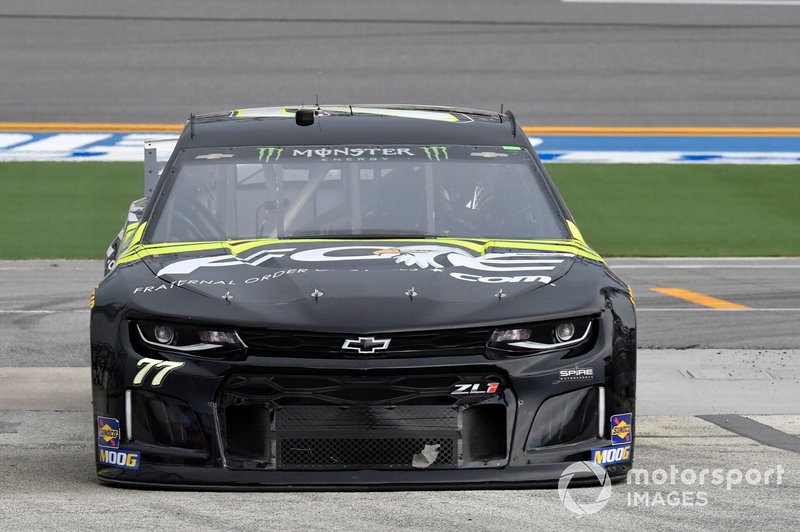 And of course, the inspiration for this list. When the 'Big One' struck at Daytona International Speedway, Justin Haley was running 27th. And when it appeared the race would resume, then-leader Kurt Busch peeled off to pit road along with Landon Cassill and several others. Haley did not. Lightning and persistent rain showers delayed the race and eventually, NASCAR called it with 33 laps remaining. Haley, a full-time Xfinity Series driver with just three starts at the Cup level was named the winner. Spire Motorsports is a new team themselves and before this race had no finish higher than 22nd. Their win was controversial due to the way they entered the sport but still one of the biggest upsets in NASCAR history, leading only a single lap en route to an unlikely victory.