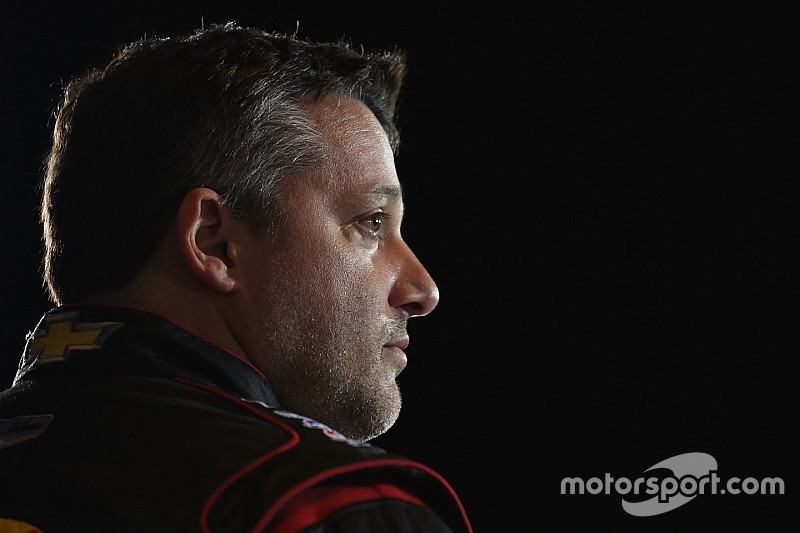 Gene Haas calls the absence at Daytona of his partner, driver and friend Tony Stewart “unfortunate”.

Stewart suffered a burst fracture of his L1 vertebra following an accident on a sandrail last month. The three-time NASCAR champion is missing his first Daytona 500 since his rookie season in 1999. And for Stewart, it was the race he wanted to win the most before hanging up the helmet.

“During the off-season he actually got on a special exercise and diet program and lost some weight,” Haas said. “I really think he was going to make this his final farewell. He wanted to win the Daytona 500, he never did that.

“I’m sure it’s kind of heartbreaking. But racing is tough. It’s a tough business and things don’t always go your way.”

Fox Sports spoke with Stewart Sunday by phone prior to the 500 and during the race while it was under caution.

Fox commentator Mike Joy asked Stewart if he would provide an update on his rehabilitation and how soon fans may see him back at the track.

"I'm thinking that I'm going to be coming in the next couple of weeks back to a Cup race. I don't really even get X-rayed again until March 9 so it's hard to know what the progress of the bone is, but as far as myself, I've been up and getting around and moving around a lot each day," Stewart said.

"I can tell a noticeable difference each day from the previous day. So, feeling a lot better and I'm itching to get back to the race track. That's probably been the hardest part of the last 10 days is not being at the track and seeing the officials, the crew guys during the pre-race, the other teams, and that's what I've missed so far in Speedweeks."

After the race, Tony also texted several members of the Joe Gibbs Racing team to congratulate them.

Jim Utter contributed to this story

“A total team win” for Hamlin and Toyota