Hamlin says Toyota is “open for business” in Talladega draft

Daytona 500 champion Denny Hamlin says there are no manufacturer orders from Toyota for today’s delayed NASCAR Cup race at Talladega. 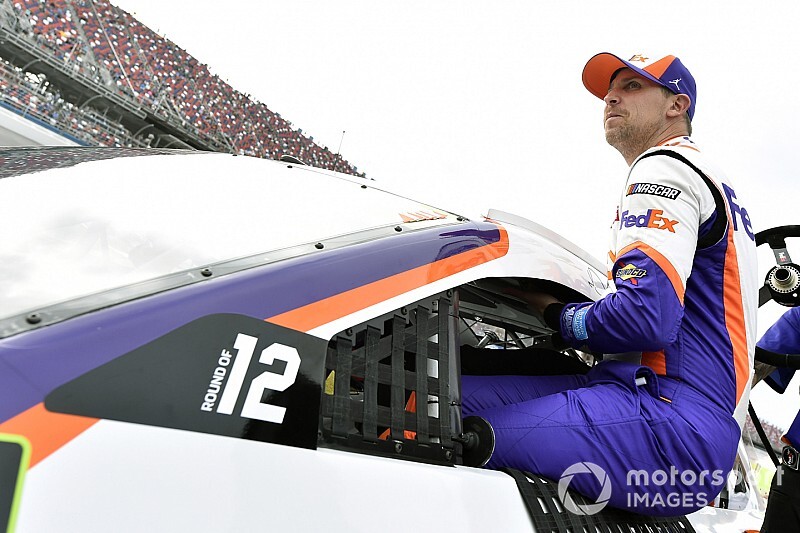 Hamlin won this year’s Daytona 500 having benefited during the race from a drafting pact with the Hendrick Motorsports Chevrolet team. This was a counter-move against the massed Ford ranks that had promised to dominate the event thanks to their high numbers of fast cars in the draft.

Hamlin expects no favors in today's delayed race, however, as Chevrolet has made things clear to its drivers not to work with drivers from other manufacturers – even holding a meeting during the rain delay following Stage 1 of the race. And with only seven Toyotas in the field, Hamlin says he’s open to working with anyone from outside its ranks.

“We’re not too particular, and there are no team orders over on the Toyota side, so if you wanna work with us, we are open for business!” Hamlin told NBC Sports. “It’s almost good for us that we don’t have some big alliance because it allows us to race freely and do whatever moves we feel is necessary to get in front.

“There have been moments where you see four or five cars lined up with manufacturers but it’s really hard to keep it that way. If everyone wants to get up front, you’re going to have to use other guys at certain times to do that.”

Fellow Toyota driver Parker Kligerman, who’s driving a part-time schedule with Gaunt Brothers Racing, said it was frustrating to race against the massed ranks from other manufacturers in the middle of the pack.

He said: “It’s been interesting to go up against that Chevrolet juggernaut. It’s annoying because it’s not just fighting one guy, it’s five or six. And they don’t want to let you in because they’re all working in connection.

“But, in my position, I can just play spoiler, and get up in there, make moves to annoy them. Like Denny says, we’re open for business for anyone who wants to work with us.”

Big wreck ends Stage 2 at Talladega with Bowyer out front