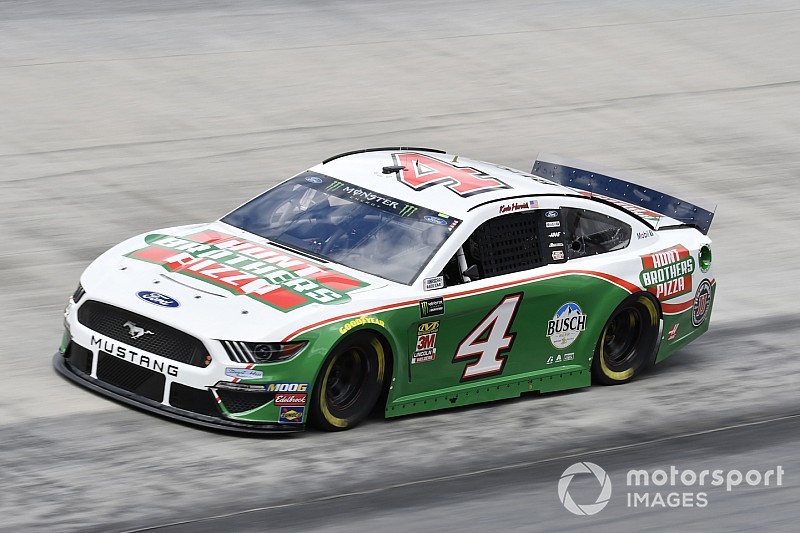 What appeared to be a good weekend at Bristol (Tenn.) Motor Speedway brewing for Kevin Harvick has suddenly turned very bad.

Because of the three failures, Harvick – who qualified 13th and had the best long-run car in Saturday’s final practice – will have to start the Food City 500 from the rear of the field and his team engineer has been ejected.

He will also have to serve a “pass-thru” penalty after taking the green flag, which means traversing pit road at pit road speed while the race is under green-flag conditions. That will leave him at least two laps down by the time he rejoins the field.

Harvick – who led the NASCAR Cup Series with eight wins last season – is currently third in the series standings but has yet to score a victory this year.

Chase Elliott: "I think we can have a chance" at Bristol win