It certainly looks like Team Penske has had a solid season with all three of its NASCAR Cup Series drivers having won this year but looks can be deceiving.

Obviously, Penske is in a better position than many teams in that their drivers are qualified for the playoffs, but Penske still shares the same problem as the others – trying to catch up to Hendrick Motorsports.

Together, the four HMS drivers account for eight wins in the 17 races so far this season and that doesn’t include Kyle Larson’s victory in the All-Star Race as well.

Larson, himself, leads the series with four wins and has won four races in a row counting non-points all-star event, including dominating the inaugural Cup race at Nashville (Tenn.) Superspeedway last weekend.

While Penske’s drivers – Joey Logano, Brad Keselowski and Ryan Blaney – are in position to contend for the 2021 championship, they will need to close the gap on Hendrick to have a chance.

“Certainly, you get tired of going to the track every weekend not feeling like you have the opportunity to go out and dominate and win a race. That’s what we go there for and that’s not the case right now,” said Penske’s NASCAR competition director, Travis Geisler. “The point system definitely allows for the ability to close the gap.

“Last year, (Kevin Harvick) was kind of the example. You look at nine wins and really dominated the season and didn’t even have an opportunity to run for (the title) at Phoenix, so anything can happen and it usually does.”

Asked where the Hendrick teams are beating the Penske cars right now, Geisler responded, “Everywhere. That makes it easy to go work. You don’t have the kind of dominance that those guys have had over the past six weeks without just a pretty incredible combination of things.

“Everybody is always asking, ‘What is it? What do we need to work on?’ And it’s kind of like anything, it’s a lot of little things, it’s a lot of stuff in all different places.”

Geisler said Penske teams have been able to keep pace with some of the Hendrick teams at times, particularly William Byron, Alex Bowman and Chase Elliott.

Larson surging ahead of his teammates

Larson, however, sometimes appears to have gapped even his teammates.

“Those (other) guys seem to be a lot more raceable or beatable,” he said. Larson “even has a margin on his teammates right now, so that’s all the things you look at and try to figure out what to go work on.

“Certainly, their engine program is really strong. It seems like they’re stuff is very well-suited for where we were racing. Some of the RPM ranges at the tracks we’ve been I think they’ve been really strong and (Larson) has been able to put himself in another league from everybody else, so I think we’re all trying to learn off of the specifics of that right now.”

The key, Geisler said, is for Penske to focus its efforts to improve on its organization and not get overwhelmed with trying to figure out what Hendrick or any other team is doing or not doing.

“We’re all chasing them,” Geisler said of HMS. “I think also though you’ve got to look internally at what are your guys saying, what kind of feedback, what are your teams doing, what have you had success with in the past and go to work on your program.

“The best you can do when you’re trying to copy somebody is be just a little bit worse than them. You’re never going to be as good as somebody that you try to copy, so the only thing you can do is be the best version of yourself.” 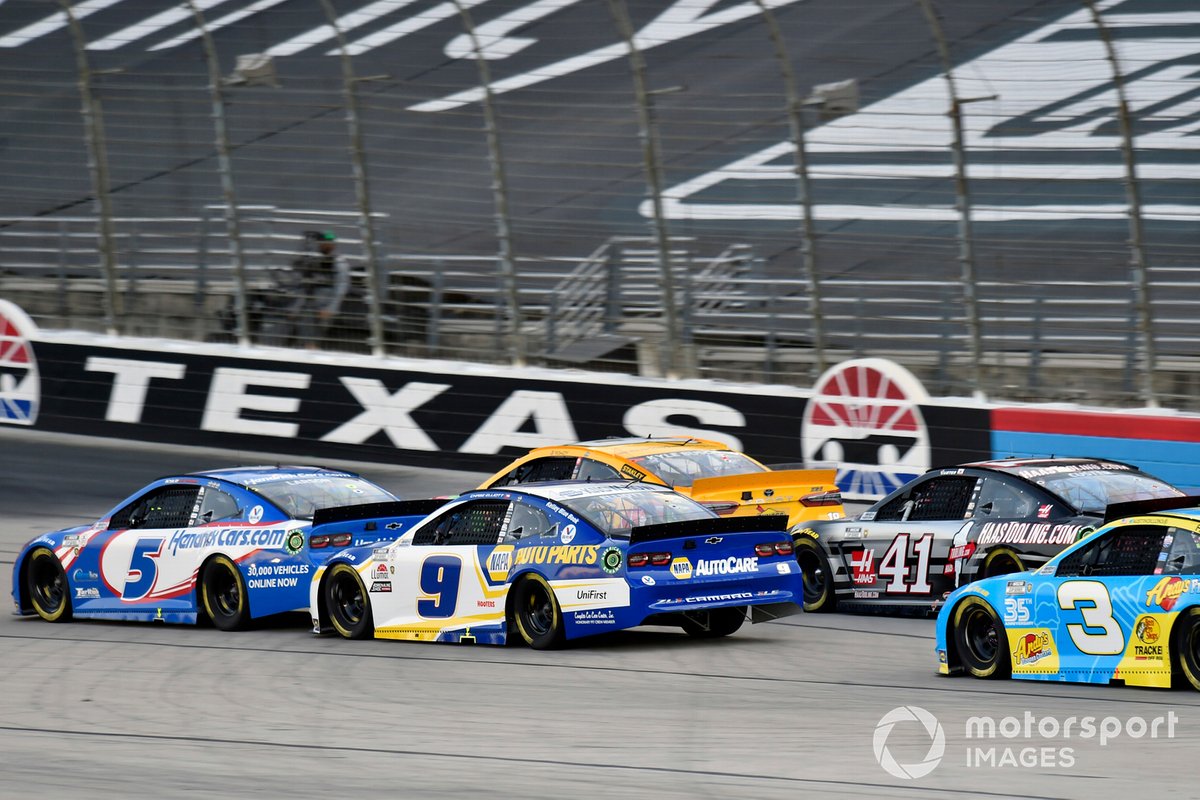 While none of next nine races are on tracks that will make up the 10-race playoffs – starting with a doubleheader event this weekend at Pocono Raceway – any improvements will still help down the line.

“When it comes to competition level, right now it’s 110 percent I can promise you that,” Geisler said. “We’re not sitting here saying, ‘Well, it’s just the tracks. These tracks aren’t really in the playoffs.’

“The amount of speed that they have had week in and week out, it’s obvious that it doesn’t matter if we’re in the rain, if we’re at Sonoma, if we’re at Texas, if we’re at wherever you want to go race.

“Their package is really fast right now and (if we) close the gap at any of these tracks, (it) would feel like progress and that’s what we’ve got to do.”