Homestead-Miami Speedway has become the first racetrack to open its doors to fans since the global coronavirus pandemic was declared in March.

Fans are sitting in the grandstands at the South Florida oval ahead of today’s Dixie Vodka 400 NASCAR Cup Series race.

A total of 1,000 fans are expected in the grandstand, with invited military members and first responders and one guest apiece. They are spread out over about a swath of eight sections of the grandstand opposite the pits.

However, a rain shower delayed the start, and when the race did get underway, lightning in the area forced NASCAR to halt the event after just five laps.

Kamara is wearing a Bubba Wallace T-shirt and hat and is also watching from the suite above the finish line. He said he has a connection to Wallace that goes back a few years, since Wallace was often at Tennessee.

“I kind of have a connection to him outside of what's going on in the world right now,” said Kamara. “I kind of know Bubba and I knew what he was doing and I knew he was racing and things like that, so it’s a coincidence that all this came and brought it back full circle.” 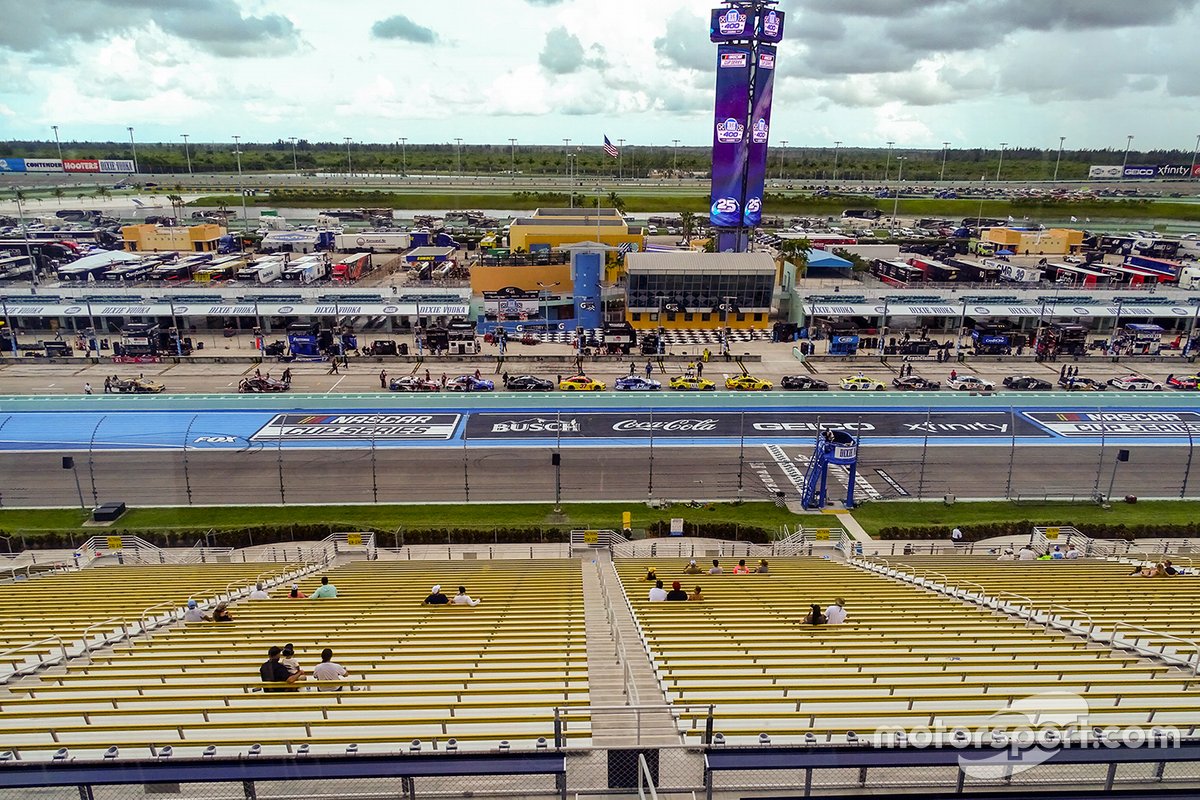 Spectators in the grandstand

What time and channel is the Homestead NASCAR race today?

Hamlin dominates in Miami, as Logano trips up Elliott

Mercedes-AMG One production starts, assembly is done by hand