Automotive giant Honda is monitoring NASCAR’s future rules plan for its next generation of cars and engines, but says it would only join the premier stock car racing series’ ranks when it “makes sense” to do so from a budgetary perspective.

American Honda’s current top-line motorsport programs are engine supply in the IndyCar Series, and a dual program – via its luxury and performance brand Acura – in the IMSA WeatherTech SportsCar Series.

During the IMSA finale at Road Atlanta’s Petit Le Mans, Motorsport.com asked Art St. Cyr – who was Honda Performance Development president until April, and is now VP and business head of Auto Operations for American Honda – for his corporate view of NASCAR racing.

“We always keep an eye on it,” said St. Cyr. “We look at it peripherally, right now. But it is something that interests us. Given the opportunity, we’d jump at the chance to do that as soon as it makes sense for us.”

St. Cyr added that the scale of NASCAR’s challenge and reach is both an attraction and a deterrent in terms of the effort required. That would likely mean switching its attentions solely to NASCAR at the expense of its other motorsport activities.

“From an engineering exercise, I’d love to do it,” he said. “But it’s a question of cost versus benefit, and – honestly – bandwidth. Because NASCAR is a huge undertaking, with 38 races and a lot of cars and engines to build each year, so it becomes a capacity issue.

“We can do IndyCar and IMSA and those types of things, or we can do NASCAR. And that’s not just cost-wise, that’s overall capability. We do all of our development, all of our engine builds, out of our HPD office at Santa Clarita. It has physical walls, and there’s only so much throughput that can happen inside them.

“To do NASCAR, say you need four cars. I don’t know but I’d imagine it’s maybe 20 engines per car so you’re looking at minimum of 80 engines [per season]. That’s a lot of engines you gotta crank through.”

New NASCAR chassis rules in 2021 will be followed by an updated powertrain in either 2022 or ’23, both moves aimed at slashing costs and attracting new manufacturers to join Chevrolet, Ford and Toyota. Some form of engine hybridization is also expected to be a part of the new powertrains, to make them more road-relevant to manufacturers.

St. Cyr said he was encouraged by NASCAR’s Gen-7 plan to reduce costs, coupled with the bold leadership shown by its chairman and CEO Jim France that he’s also experienced first hand in IMSA. But he maintained that budget spend of Honda’s racing programs would always play a key role in terms of its return on investment.

“It’s a reality of racing these days, to figure out how to do it cost effectively,” he said. “It’s not the unlimited budgets we’ve had before. You have to make sense of what you’re doing. For us, we race to develop our manpower, our human capital, to bring that into our road cars – that’s what we do; Honda has always done audacious things when it comes to racing!

“There’s a famous quote from Mr Honda that says: ‘If we don’t race, then there is no Honda.’ That’s pretty self-explanatory. But we do need to realize where we need to race and what makes the most sense for us.”

Honda’s team links in both IMSA (Team Penske) and IndyCar (Chip Ganassi Racing) both have race-winning NASCAR operations. One buffer to Honda entering NASCAR’s ranks, however, is its lack of a large pickup truck in its automotive range, as NASCAR has traditionally expected manufacturers to supply cars to teams in all of its top three tiers – Cup, Xfinity and Trucks.

St Cyr added: “Traditionally, the reason to be in NASCAR is to show your trucks – and we don’t really have a full-size truck to compete with the manufacturers that are in there right now.” 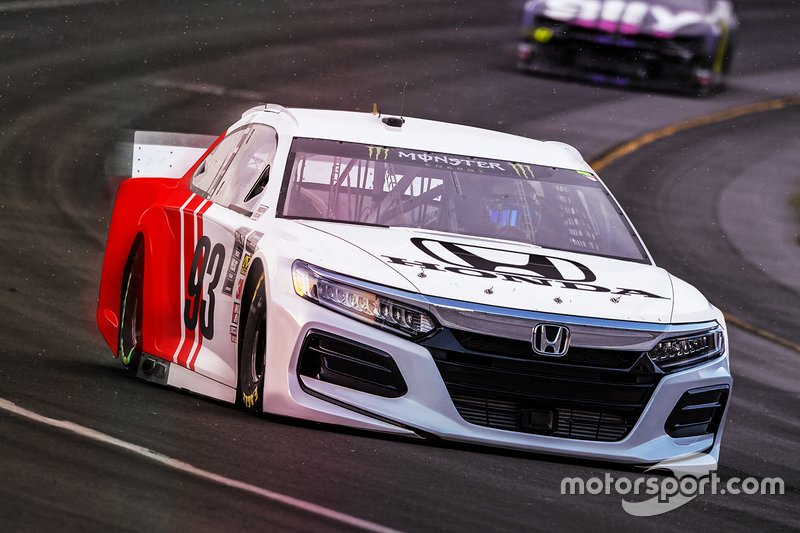 Truex finds himself in "new territory" at Homestead this year