HScott Motorsports will not compete in 2017 NASCAR season 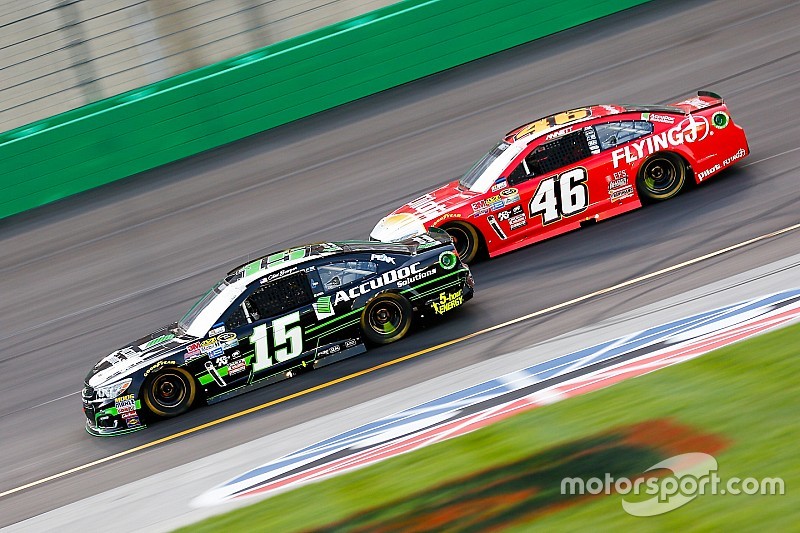 HScott Motorsports has fielded two cars in the NASCAR Sprint Cup Series for the last two years, but they will not return for 2017.

"Over the past several months I considered a number of options for moving forward with the team. Regrettably there are no viable sponsor/driver options immediately available to allow the team to participate in 2017.

"One thing I learned about NASCAR is that it is a 'people business.' I will forever be grateful to the men and women who worked tirelessly to make HScott Motorsports successful. This includes our dedicated employees, sponsors and partners. We were fortunate to have the support of world-class sponsors like Brandt, DC Solar, Fraternal Order of Eagles, Pilot Flying J, and 5 hour ENERGY. Our racing program would not have been possible without the assistance of Rick Hendrick, Hendrick Motorsports, and Chevrolet.

"I love this sport and being part of it. I invested in NASCAR because I truly believe it represents the best racing competition in the world and the best people in all sports. Looking back, I will always be especially proud of the unprecedented success of our NASCAR K&N Series teams, including four consecutive championships and for the lifelong friendships that were forged over the last seven years. My hope is that we were able to develop drivers that will thrive at the highest levels for years to come.

During the 2016 season, Clint Bowyer drove the No. 15 while Michael Annett piloted the No. 46, but both opted to leave the organization at the end of the year. Bowyer will take over the No. 14 Stewart-Haas Racing Chevrolet from Tony Stewart while Annett joins JR Motorsports in the Xfinity Series. Their drivers ended the year 27th and 36th in points, respectively.

Bowyer earned the team their best result at Talladega with a seventh-place finish. But one day into the offseason, he filed a lawsuit against the team, claiming a breach of contract and fraud after the team allegedly failed to make promised payments. The multi-million dollar suit was settled soon after.