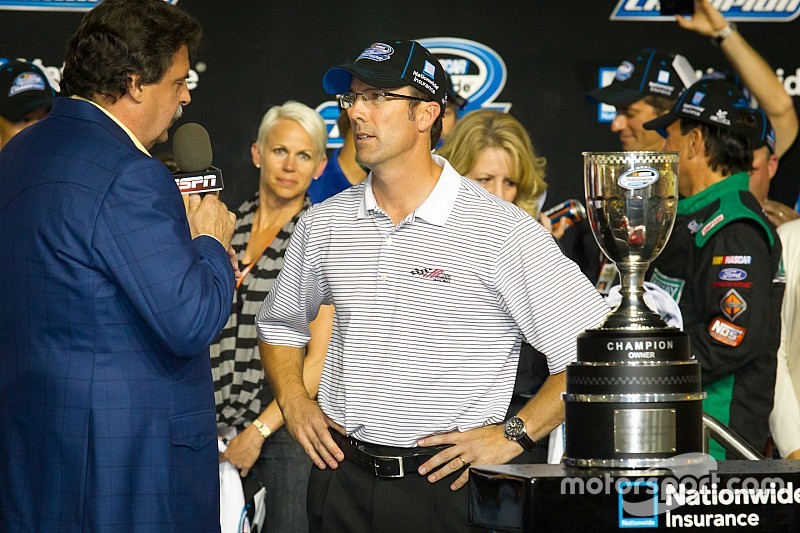 J.D. Gibbs, eldest son of Joe Gibbs and co-founder of Joe Gibbs Racing, passed away earlier tonight due to complications following a long battle with a degenerative neurological disease, per the team.

Joe Gibbs Racing confirmed the loss of J.D. (Jason Dean) Gibbs in a release that read as follows: "It is with great sadness that we announce the passing of Joe Gibbs Racing Co-Founder and Co-Chairman, J.D. Gibbs, who passed away earlier tonight at the age of 49 from complications following a long battle with a degenerative neurological disease.

"Joe Gibbs Racing appreciates everyone's respect for privacy of the Gibbs family during this difficult time. Additional information regarding details for a memorial service will be forthcoming at a future date."

It was revealed in March of 2015 that J.D. was battling the disease. He was serving as president of JGR at the time. Earlier in life, he played defensive back and quarterback at William & Mary from 1987 to 1990 while his father Joe Gibbs coached the Washington Redskins, which he led to three Super Bowl titles.

"Tanya and I are heartbroken for the J.D. Gibbs family. For anyone who had the honor and privilege to know J.D., he was instantly recognized as a champion in life and in sports," said Washington Redskins owner Dan Snyder and his wife Tanya. "On behalf of the entire Redskins organization, alumni and Redskins Nation, our hearts, prayers and love are with our Coach Gibbs and his wonderful family."

Along with his managerial role within JGR as the eldest son of Joe Gibbs, J.D. also competed in NASCAR himself, participating in a combined 13 Xfinity and Truck Series races between 1997 and 2002. He even went over the wall as a crew member, winning the 1993 Daytona 500 as part of Dale Jarrett's team.

The NASCAR community has offered an outpouring of support following news of his passing.

"We were privileged to watch J.D. Gibbs grow within the sport, displaying an endearing personality, a keen eye for talent and the strong business acumen that helped grow Joe Gibbs Racing into a preeminent NASCAR team. The NASCAR family has lost a truly special member. On behalf of NASCAR and the France family, I extend my deepest condolences to Joe Gibbs, Pat, Melissa, Coy and the entire Gibbs family.” - Jim France, Chairman and CEO, NASCAR

"Our entire Toyota family mourns the loss of a great partner and friend in J.D. Gibbs. Our thoughts are with the Gibbs family and the extended family that is Joe Gibbs Racing. J.D. was a special soul and beloved family man who was an integral part of establishing the heart of the race team. His incredible personality, laugh and infectious smile will continue to live on. Our deepest sympathies are with Joe, Pat, Coy, Melissa and his four sons.” - Bob Carter, Executive Vice President of Sales for Toyota Motor North America on the passing of J.D. Gibbs

What brings a new sponsor into NASCAR?

William Byron hopes to "continue the tradition" of the No. 24 car