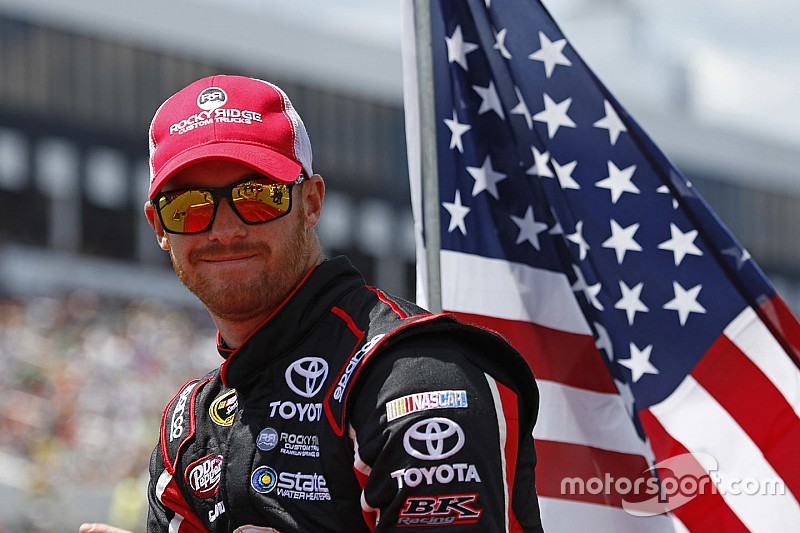 Jeb Burton rebounded quickly after losing his sponsor — and ultimately his XFINITY Series ride with Richard Petty Motorsports this week.

Burton, 23, will pilot the No. 32 GoFas Chevy with sponsorship from Rocky Ridge Custom Trucks at Pocono Raceway this weekend.

Burton says he’s grateful for a second chance in the Sprint Cup Series.

“Getting back over here on the Cup side will be fun,” said Burton, who finished 33rd in his Pocono debut last year. “I thank GoFas Racing for giving me the opportunity to come out here and try to improve their program a little bit.”

Burton finished 38th last season on the Sprint Cup tour. He was 11th in NASCAR Xfinity Series points after 11 races with RPM. His crew chief Drew Blickensderfer has resumed his previous role overseeing the company’s research and development program.

The second-generation racer’s best season to date was in the Camping World Truck  Series in 2013. Burton won at Texas Motor Speedway and finished fifth in the standings.

As for Burton’s future?

“Right now, this is all I’m going to do,” Burton said. “I’ll run here, and I’m not sure what the rest of the season holds for me.”